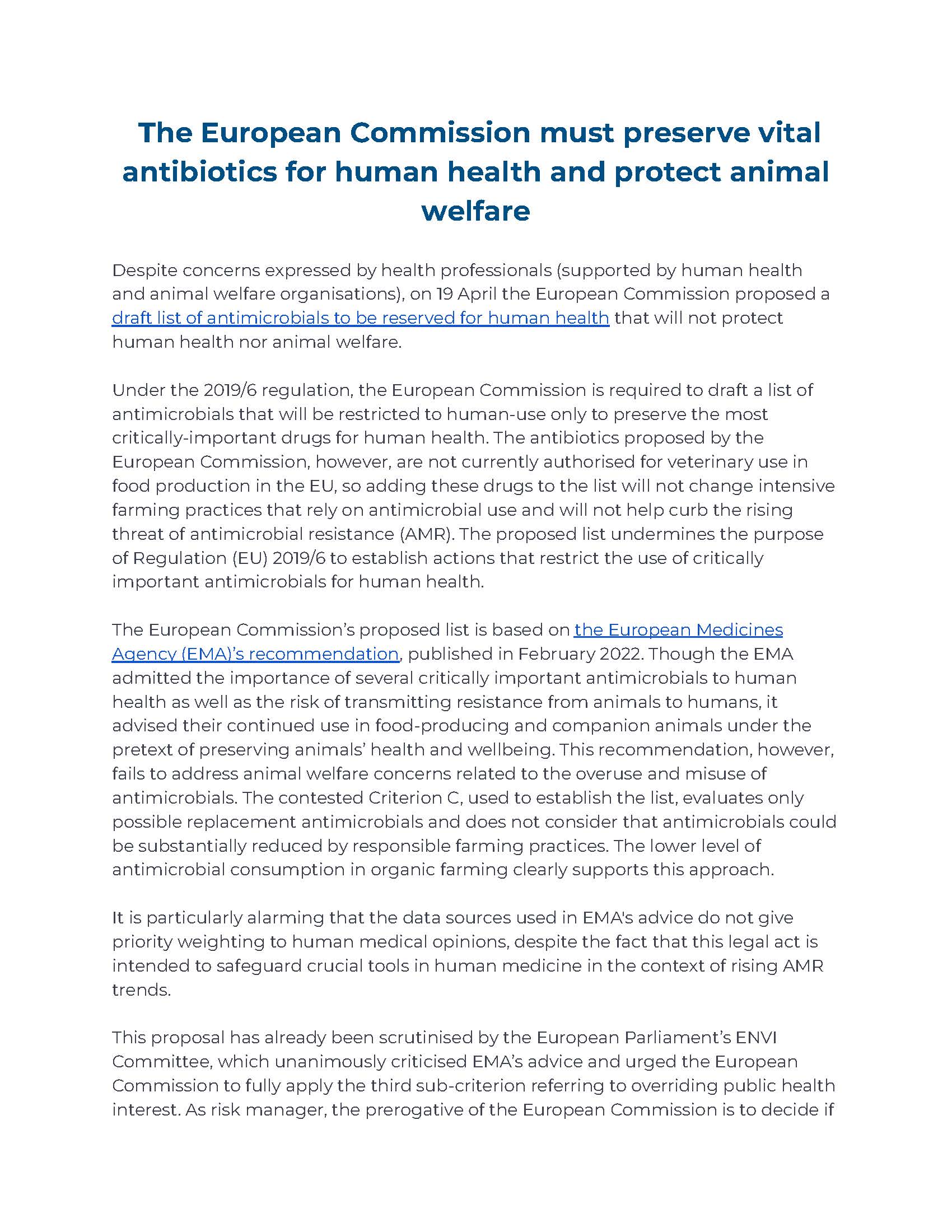 By omitting critically important antimicrobials from the list of antimicrobials to be reserved for human health, the European Commission is undermining efforts to safeguard human medicine from life-threatening resistance.

Last-resort antibiotics are commonly used to prevent and treat life-threatening infections, but their continued misuse in animal farming threatens to undermine their efficacy. However, none of the antibiotics included on the current list are authorised for veterinary use in food production in the EU, which means this list will bring no change to current farming practices that rely on the use of antimicrobials to compensate for poor farming practices.

The European Commission based its draft list on the European Medicines Agency (EMA)’s recommendation made in February 2022. The EMA’s advice has been heavily criticised by civil society organisations because this list goes against the main goal of the mandate of the legislation - to restrict the use of critically important antimicrobials for preventing or treating life-threatening infections in humans. The proposed list also fails to address animal welfare concerns related to the overuse and misuse of antimicrobials in farming.

“This list will not protect human health or animal welfare. The European Commission has not listened to the evidence-based advice from civil society organisations and followed the EMA’s advice without considering the concerns of human health and animal welfare specialists.”

The draft list will be open for public consultation until May 17 2022, which gives EU citizens the chance to express their concerns about the European Commission’s list of antibiotics reserved for human health and to advocate for the inclusion of life saving antibiotics, such as colistin, on this list.