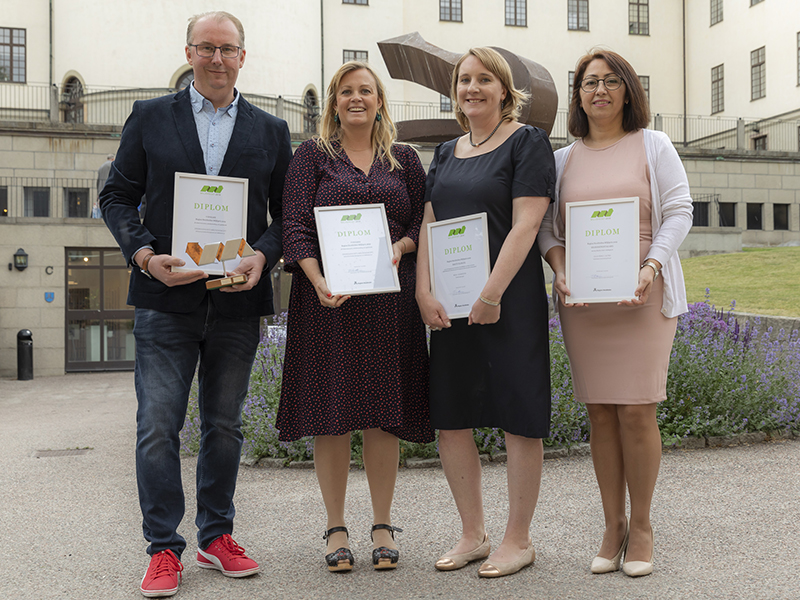 Södersjukhuset's new meal concept has reduced food waste by over 70% compared to previous meal systems and they have increased the proportion of organic food. As well as reducing transport the hospital is also converting its food waste into biogas. Hospital staff also adapt menus with seasonal produce and have observed that patient satisfaction has increased.

Project manager Linda Hagdahl and Chef Håkan Lundholm from Södersjukhuset's Facility Management and Meal Service accepted the award and prize money of SEK 20,000 (€1,900 approx.) which will be used to scale-up and share their concept with others.

After carefully studying patients' needs, the hospital allowed patients to choose from the varied menu - meals are then delivered chilled and portioned to refrigerators in each department and the patient can choose when to eat.

“We also measure the carbon dioxide equivalents, that is, the food's climate impact”, says Linda Hagdahl. Södersjukhuset hospital has also developed a refrigerator app that streamlines and controls the entire chain.

In the hospital kitchen food is prepared from scratch, often with organic ingredients; all fish served holds a Marine Stewardship Council certification and the meat is Swedish (for traditional home-made meatballs!).

“We have the patient's best interests in mind; with this system, we provide better and more environmentally friendly food” - Linda Hagdahl.