“The Paris climate agreement marks the first step on a long road to freedom from our dependence of fossil fuels. Climate change is the greatest threat to public health worldwide, resulting in increased numbers of asthma, cardiovascular, and vector borne diseases. The European health sector can actively reduce their carbon dependency through procurement choices, energy saving schemes and divestment. Mitigation, adaptation and reporting are the way forward to stabilise the climate and reduce disease. It makes both economic and environmental sense.” Anja Leetz, Executive Director, Health Care Without Harm Europe.

After two weeks of tough, challenging negotiations, the world’s leaders adopted the Paris Agreement on climate change last weekend to much fanfare and media coverage. The historic agreement for the first time provides a mandate, agreed on by all of the world’s governments, to act on climate change in a somewhat unified and progressive fashion. While the Paris agreement is partly legally binding and partly voluntary, for the first time it commits all countries to reduce carbon emissions.

Although the agreed text calls on nations to “pursue efforts to limit the temperature increase to 1.5°C…”, the wording of the target leaves much to be desired in terms of commitment from the parties involved. Instead, stakeholders have agreed to “holding the increase in the global average temperature to well below 2°C” with no strong commitment to reaching the 1.5°C target.

It is now up to all stakeholders and society as a whole to hold governments to their agreement and push for the necessary actions to go beyond words.

One major positive to come out of the agreement is the implementation of a ‘ratcheting’ mechanism, whereby there will be a “global stocktake” of targets in 2023. It also requires countries to come back every five years with more ambitious reduction targets, which will also be evaluated.  This was an area of concern both before and during the negotiations and even though some countries had demanded a 10-year cycle for such reviews, the agreement on this shorter cycle is a welcome development.

In terms of finance, it is welcome that there is some legal obligation on developed countries to provide climate finance to developing nations but the lack of detail and legally binding text to enforce developed countries to reach the goal of raising $100 billion in climate finance per year is a cause for concern.  Pressure now needs to be applied to provide the necessary finance.

What the agreement lacks in detail and ambition is somewhat made up for in terms of global momentum and the sending of a strong message that climate change needs to be tackled and is a serious threat to public health and the environment.

The Paris treaty is an important next step after the Kyoto protocol on a long road to addressing climate change. The actions outlined in the agreement now need urgent implementation.  Although historic and significant, the agreement signals the start of a difficult and challenging plan of action and it provides a base on which to build.

It is on this basis that we call on the European healthcare sector to step up to the plate in terms of taking measures to combat climate change and reduce their environmental footprint. Just as this agreement gives the mandate for countries to mitigate climate change and finance the shift toward a renewable energy future, so to does it provide a great opportunity for the healthcare sector to do likewise.

HCWH Europe is committed to aiding the implementation of this agreement and go beyond the targets it sets out by facilitating the healthcare sector in Europe to reduce it’s climate footprint and shift towards renewable, sustainable energy. 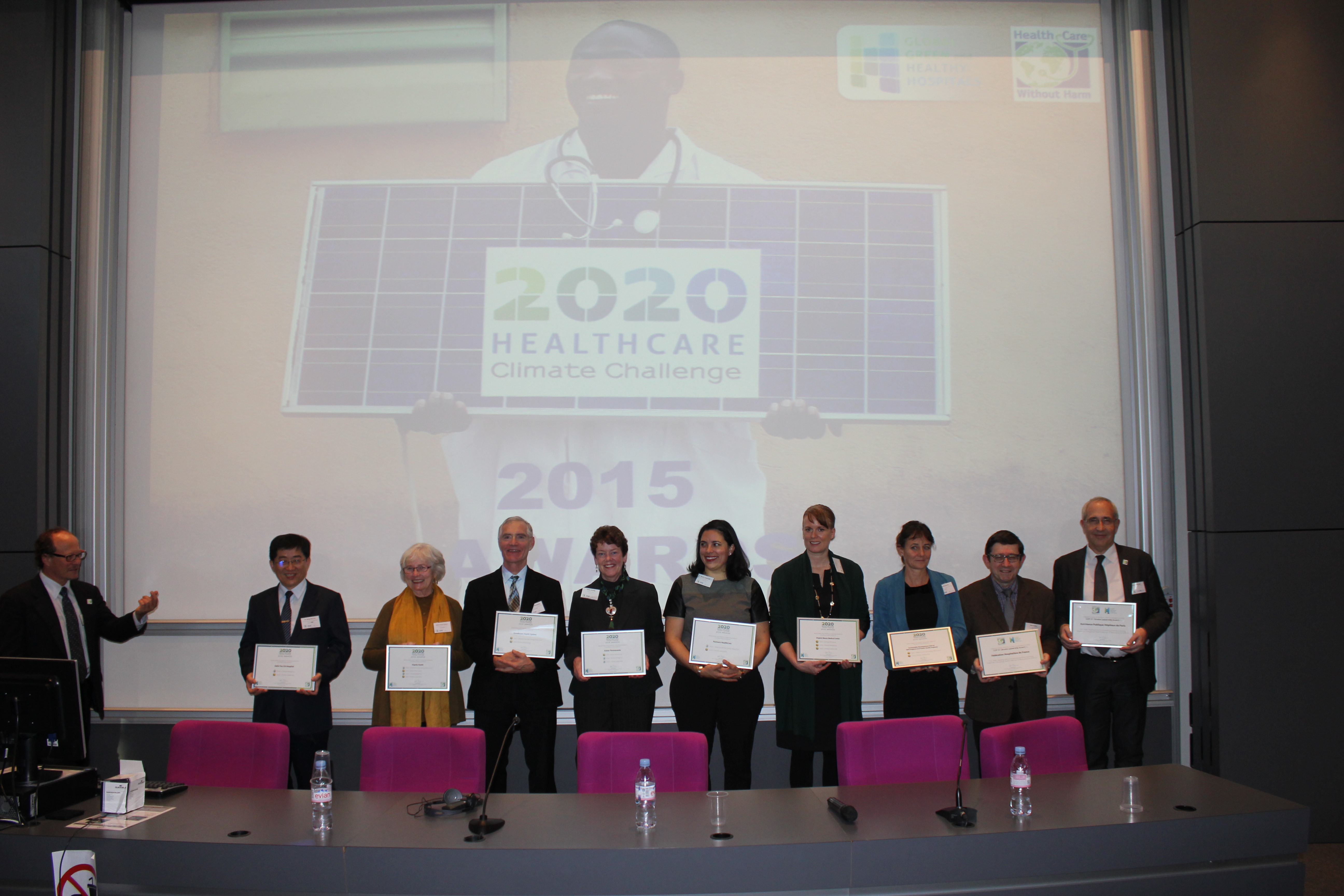 Last week in Paris, HCWH recognised the great work being done throughout the world in terms of greening the healthcare sector at the 2020 Challenge Climate Champion Awards which were held during our Climate Change and Health Care Conference. We now call on even more hospitals and health systems in Europe to take the Global Green and Healthy Hospitals 2020 Challenge and commit to protecting citizens from climate change.