While nobody can deny that the Emissions Trading Scheme (ETS) is badly in need of reform, the changes proposed in the European Commission (EC)’s Summer Package, which was announced last Wednesday, fall far short of what is needed to make a meaningful difference to climate change.

With the price of carbon plummeting to €7 and a massive oversupply of pollution permits, there is very little incentive for industry to reduce emissions at the moment and, with the very unambitious reforms outlined in the Package, little looks set to change as we head towards 2030.

While the ETS cap is set to increase to a rate of 2.2% per year after 2020, this limits the overall reduction of emissions to exactly 40% - a shame considering European leaders agreed to cut emissions by ‘at least’ 40% last October. If a new global climate treaty is signed in Paris in December, the pathway to a higher reduction will be severely restricted by this 2.2% rate. 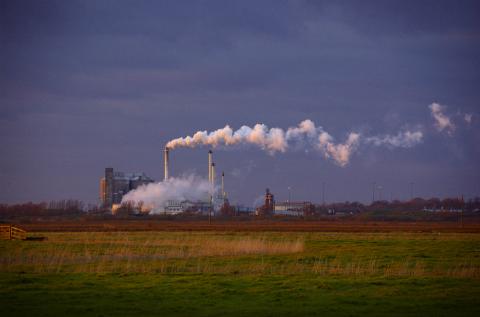 If we are to move towards an 80% reduction in emissions by 2050 (as targeted by the Commission in in their roadmap for moving towards for a low-carbon economy [1]), then the Commission needs to be much more ambitious in it’s post-2020 plans. This is especially true considering that the Commission’s Joint Research Centre's ‘Trends in Global CO2 Emissions’ 2014 report shows that CO2 emissions from fossil fuel combustion and industrial processes actually increased in 2013 (to a new record of 35.3 billion tonnes).[2] If we look at the latest data for 2014 from the International Energy Agency, we see that there still hasn’t been a reduction in emissions – they have just levelled off.[3] We are a long way from being able to reduce emissions meaningfully and the proposals set out in this Summer Package will not do enough to help.

‘The Commission summer package is tinkering around the edges; we need bold steps to really curb carbon emissions. Considering the real-life signals people are experiencing and the scientific data available, I feel Europe is like Alice in Wonderland still wondering which way to go. Europe lacks visionaries who dare to move us to 80% cuts.’ says Anja Leetz, Health Care Without Harm Executive Director

Furthermore, this Package also falls short by not properly addressing the massive allowance surplus that currently exists. The Commission has proposed moving 250 million allowances from the Market Stability Reserve to a New Entrants Reserve, which will make them available once again after 2020. These allowances should be completely removed from circulation.

The Commission would also like to see free ETS pollution permits handed out to polluting companies to combat carbon leakage (which happens when a company moves investment or facilities outside of the EU to a country that is more lenient towards emissions). But with very little evidence to suggest that carbon leakage is a serious threat, this measure will only act as a disincentive to reducing emissions.

One slight positive to come out of the Summer Package is the proposed energy label reforms, which, if the Commission’s claims are to be believed, will equate to energy savings equivalent to the annual consumption of the Baltic States each year.[4] ECOS, a non-profit organisation working to ensure that labelling schemes take into account environmental interests, broadly welcomed the reforms, saying that the Package is ‘Moving in the right direction’ in terms of it’s proposal to revise the EU Energy Label.[5]

Opportunities for the EU healthcare sector:

The European healthcare sector is responsible for at least 5% of total EU emissions, similar to the emissions from international aviation and shipping activities.[6] Health Care Without Harm Europe works with hospitals, healthcare systems and local authorities all over Europe to help them to reduce their carbon footprint and mitigate against climate change. Last month we released this report, which presents an overview of the EU legislative Framework on climate change and the opportunities for the European healthcare to reduce its carbon footprint.