Each year, antimicrobial-resistant infections cause 25,000 deaths in the European Union alone, generating annual costs of at least €1.5 billion, and a total of 700,000 deaths worldwide. Antimicrobial resistance (AMR) develops when microorganisms become resistant to the antimicrobial drugs used to treat them - this leads to treatments becoming ineffective, infections persisting, and an increased risk of infections spreading.

Today HCWH Europe has released an update to its position paper on AMR, which includes recommendations for policy makers on how to combat this health threat. 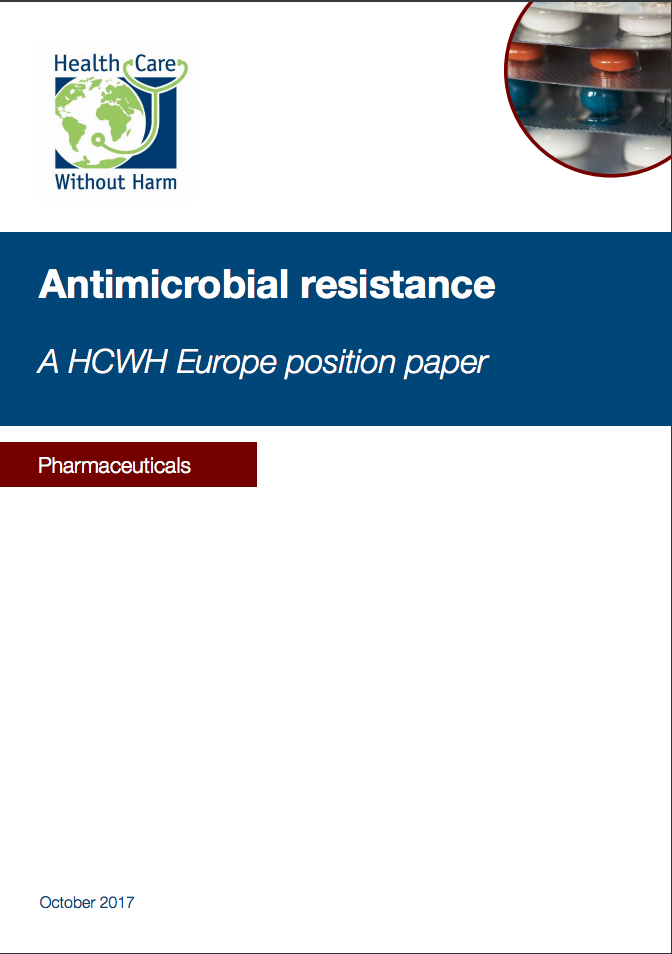 AMR is primarily caused by inappropriate use and overuse of antibiotics in humans and animals. Increasingly, however, evidence shows that pharmaceutical waste from excretion and disposal (including effluent from the pharmaceutical manufacturing process) is also a concern in the development of resistance. AMR currently poses one of the greatest threats to global public health, an important focus for stakeholders worldwide should be on finding strategies to improve production standards and minimise the release of antimicrobials into the environment throughout their life cycle (i.e. in their production, use, and disposal).

Within this updated position paper, HCWH Europe provides recommendations and urges the European Commission to work with international governments and regulators to establish evidence-based targets for maximum levels of antimicrobial API (Active Pharmaceutical Ingredient) discharge associated with the manufacture of pharmaceuticals. These targets should be enforced at an international level, regardless of products’ origins. The goal should be to manage the pharmaceutical waste stream and control API discharge associated with the manufacture of pharmaceutical products.