On 29th February 2016 the EDC-Free Europe coalition (of which HCWH Europe is a part) sent a letter to all EU Environment Ministers ahead of the upcoming Council meeting on 4th March.

In the letter, which was co-signed by HCWH Europe, the coalition urge Environment Ministers to make a strong statement by calling on the European Commission to immediately comply with the ruling of the European Court of Justice on scientific criteria to identify Endocrine Disruptors. 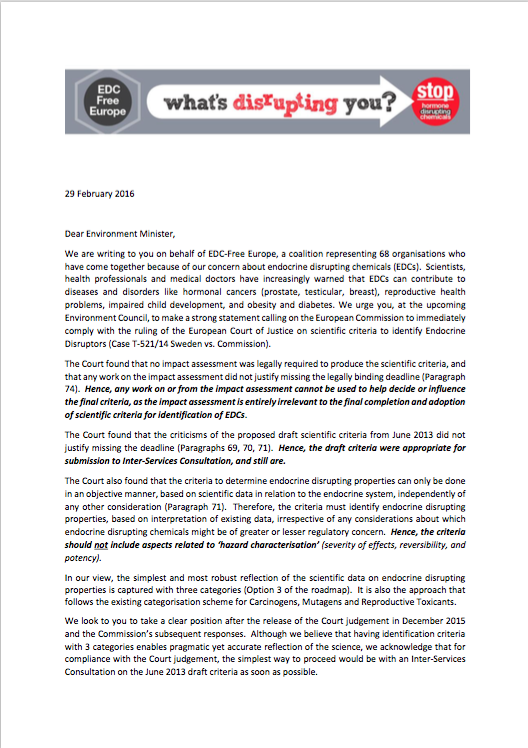 In the coalition's view, the simplest and most robust reflection of the scientific data on endocrine disrupting properties is captured with three categories (Option 3 of the roadmap) and, although they believe that having identification criteria with 3 categories enables pragmatic yet accurate reflection of the science, they acknowledge that for compliance with the Court judgement, the simplest way to proceed would be with an Inter-Services Consultation on the June 2013 draft criteria as soon as possible.