On December 14th 2015, HCWH Europe joined with 82 international health and environmental NGOs to co-sign a letter to the European Commission (EC), calling on the European Union (EU) and its Member States to rapidly ratify the Minamata Convention.

In October 2013, the EU was among the first parties to sign the convention on mercury, adopted in Minamata/Kumamoto, Japan. However, 50 countries must ratify the Convention before it can enter into force and, unfortunately, the EU was not among the first 19 countries to do so. If the EU delays its ratification any further, the implementation of the Convention is likely to be significantly delayed. 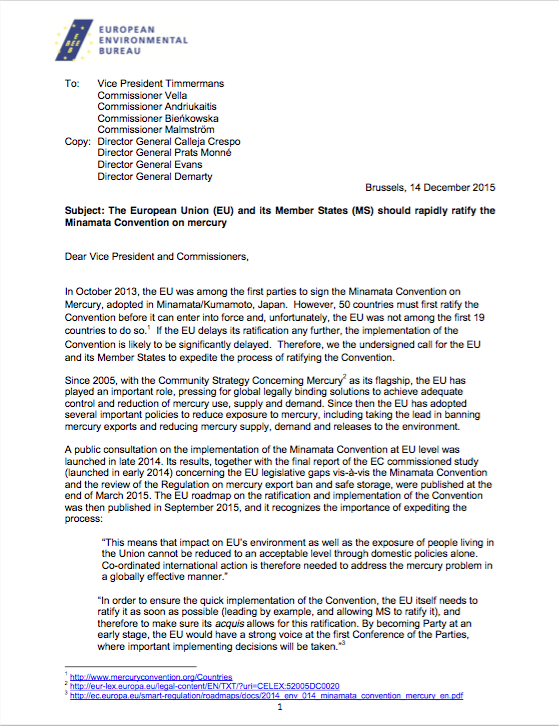