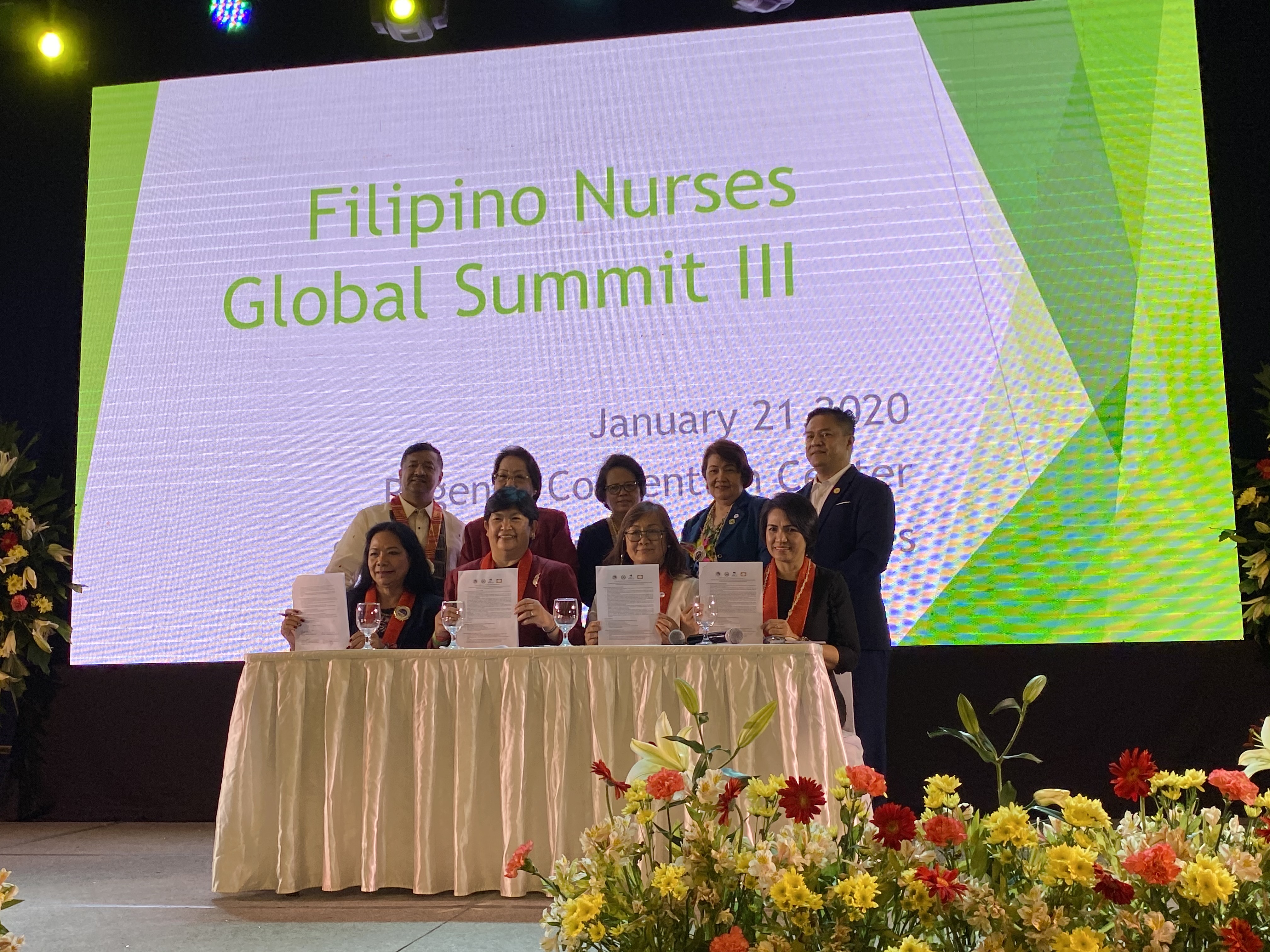 Decade of Nursing Leadership in Climate Change and Planetary Health: A Proposal

It’s not unknown that Filipino nurses are widely spread across the world – government statistics indicate that within the 2012-2017 period alone, 92,277 Filipino nurses were deployed overseas. For decades, the Philippines has been the number one provider of nurses to the US. (To learn more about the history of Filipino nurse migration to the US, I highly recommend “Empire or Care: Nursing and Migration in Filipino American History” by Filipino-American historian Catherine Ceniza Choy.). The UK’s National Health Service, as well as healthcare systems in the Middle East, Europe, and other Asian countries – they are all supported by a strong foundation of hardworking Filipino nurses.

For this year’s summit, the organizers selected the theme: “The Planet is our Patient: Nurses Leading Transformative Climate Action and Developing Resilient Communities.” This effort by the Filipino nurses is highly laudable, as unfortunately it’s not often that a healthcare professional society devotes an entire conference to environmental sustainability. The ever-dynamic Maria Neira, director of environmental health at the World Health Organization, was so gracious to give an opening video message in which she urged the Filipino nurses to internalize its chosen theme: “If the planet is indeed the nurses’ patient, then the planet will be safe, the planet will not be sick.”

The WHO declared 2020 as the year of nurses and midwives, to which Maria commented: “you deserve not just one year, but every year.” When it comes to the issue of the environment, I think the world’s nurses, with Filipino nurses in the frontlines, must step up and embrace this entire new decade for themselves. In my talk, I made a proposal: dedicate this new decade to nursing leadership in climate change and planetary health.

There are several reasons why nurse leadership in climate action is not just important but also beneficial to the climate and health movement. Nurses interface with patients more than doctors do, especially in the inpatient setting. This means that nurses have more opportunities to educate patients, their families, and the broader community about climate change. Nurses are also important decision-makers in healthcare and health facilities – they usually are responsible for designing care protocols, making purchasing decisions, and putting in place policies for the management of chemicals, water, and waste. Above all, nursing remains the most trusted profession, surpassing us doctors – for 18 years in a row, nurses continue to rank first in terms of honesty and ethics according to a Gallup Poll.

Unfortunately, nurses in climate advocacy and leadership, while not lacking, are certainly limited in number. Thankfully, we have a few role models, two of them spoke with me during the summit. Fiona Armstrong practiced nursing before she became executive director of the Climate and Health Alliance in Australia, which has been advocating for climate-friendly policies for more than a decade. Her and CAHA’s work is especially relevant today as the climate-induced wildfires continue to wipe out flora and fauna in Australia. Beeling Teoh is a nurse educator from the Tzu Chi Dialysis Center in Penang, Malaysia. The facility, which is part of the Buddhist Tzu Chi Foundation headquartered in Taiwan, is a world leader in climate-smart healthcare. Beeling leads in the implementation of green sustainable practices in Penang – from vegetarian diet and plastic use minimization to efficient energy utilization and green procurement.

We need more nurses like Fiona and Beeling to take the leadership baton in climate action. Despite having grown in the past years, the global climate and health community remains lean and, unsurprisingly, continues to be dominated by physicians like me. Planetary health, which is the integration vision for the health of both people and the planet in which we inhabit, presents an amazing opportunity to dismantle long-standing hierarchies within the healthcare system, promote inclusivity, diversity, and egalitarianism, and open up leadership opportunities for other members of the healthcare team such as nurses.

With its global reach, Filipino nurses are well positioned to lead in global climate action. In the past, they proved to be pioneers in community mobilization; for instance, PNAA is one of the first immigrant nurse association in the United States. This time, the nurses are showing once more that they can be leading advocates for health and climate protection. During the summit, the different nursing groups signed a joined declaration committing, among others, to incorporate climate change into their curriculum. Another concrete pledge that they made is to organize a Global Summit focused on climate change every two years.

I look forward to the next Global Summit in 2022. By that time, I hope that Filipino nurses from across the world have already implemented climate-smart actions in their respective hospitals and clinics around the world; PNA, PNAA, and other partners have already enforced their commitments and are ready to make newer, bolder ones; and the keynote speaker is not anymore a physician, but a nurse who will share her leadership story in climate action and planetary healing.

The Global Summit was also co-organized by the Association of Deans of Philippine Colleges of Nursing (ADPCN) and the Commission on Filipinos Overseas (CFO). The author would like to give special thanks to Victoria Navarro and Amelia Guzman for their dynamic leadership and tireless dedication in making the Global Summit a tremendous success, as well as to Jenny Aying, PNAA’s Regional Vice President for the Eastern Region, for introducing him to the PNAA community. Health Care Without Harm-Southeast Asia’s Executive Director, Ramon San Pascual, also spoke in the event.###

How to green food services in Europe healthcare