This title is not a hoax. It is an amplified reflection of the feelings I increasingly have when following the debate on the definition of the scientific criteria for Endocrine Disrupting Chemicals (EDCs). Discussions are currently raging at EU level between the European Commission and… well, pretty much everybody else, except for those in Europe and beyond who stand to gain from having these criteria adopted in their currently proposed guise.

EDCs are defined by the Endocrine Society as: “an exogenous [non-natural] chemical, or mixture of chemicals, that interferes with any aspect of hormone action.” “Hormones” they add “are natural chemicals produced in cells within endocrine glands, which are located throughout the body”.  In short, EDCs are chemicals that affect the way our hormones work. Amongst the incriminated chemicals the usual suspects are, inter alia, polychlorinated biphenyls (PCBs), bisphenol A (BPA), polybrominated diphenyl ethers (PBDEs), and a variety of phthalates.

Mounting evidence coming not only from the Endocrine Society, but also the World Health Organisation (WHO) and the broader scientific community indicates that exposures to such EDCs in “animals and humans, especially during development, may lay the foundations for disease later in life”[link]. More than 1,300 studies have found connections between EDC exposure and serious health conditions (See Endocrine Society’s 2015 Scientific Statement).

The main health conditions, according to the WHO and United Nations Environmental Program, include “the potential for such chemicals to contribute to the development of non-descended testes in young males, breast cancer in women, prostate cancer in men, developmental effects on the nervous system in children, attention deficit /hyperactivity in children and thyroid cancer” Not exactly a healthy legacy. More worrying is the fact that these chemicals are ubiquitous - there is no escaping them, no place to hide. You find them in pesticides (food and water), metals, plastics, household products, and personal care products. The list goes on.

With this mounting sum of scientific evidence came louder calls to regulate these hazardous chemicals.  The European Commission was under a legal obligation to come up with scientific criteria for EDCs by December 2013 so as to regulate these harmful chemicals more effectively.  The legal obligations came from two sources, two different Regulations: Article 5 (3) of the Biocidal Products Regulation (528/2012), and Article 80 (7) of the Pesticides Regulation (1107/2009).

Almost three years on and on the back of a condemnation by the General Court of the European Union in December 2015 for its inaction, the European Commission issued three successive versions of these two sets of its long awaited criteria.  The first version was issued on 15th June 2016 and instantly slammed by most scientists, NGOs and even by some EU Member States. Going back to the drawing board, the European Commission came back, for more, on 9th November with an equally underwhelming version of their two sets of criteria. The last version that is currently being considered was issued in early December.

Read the latest version of the EDC criteria for Biocidal Products, the Pesticides Regulation, and the revised Pesticides amendment draft.

Leaving aside the scientific and overly technical discussions, the bone of contention remains the exactingly high burden of proof that the proposed criteria mandate. Whilst most scientists and NGOs push for a definition of these criteria that would capture presumed EDCs (erring on the side of caution and in keeping with the precautionary principle), the European Commission opted for a potentially much narrower definition, requiring that the substance must show an adverse effect. According to the precautionary principle, an action or policy could potentially cause harm to the public, or to the environment, in the absence of scientific consensus on that action or policy, the burden of proof that there will be no harm is incumbent on those taking an action or proposing the policy.

But instead, in order for one of these chemicals to be captured and regulated as an EDC, an exactingly high level of proof will be required. One would almost suspect the European Commission of merely paying lip service to the precautionary principle, as it is insisting on establishing a clear causal effect, as it is insisting in the Annex of the proposed criteria, that “the adverse effect is a consequence of the endocrine mode of action”. In this requirement there is no place for uncertainty, no inclination to err on the side of caution.

Now, why such onerous demands? Why is the European Commission straying so flagrantly from the precautionary principle? Why does it discard or marginalise the views of the Endocrine Society, the leading medical experts in endocrinology present in over 120 countries counting in excess of 17,000 members? Why overlook the 1,300 studies that have established connections between EDC exposure and serious health conditions? My head is spinning.  I feel like I have crossed over to Stephen Colbert’s No Fact Zone where people believe on Wednesday what they believed on Monday regardless of what happened on Tuesday.

Recently, Stéphane Horel writing for Le Monde, explained that the European Food and Safety Agency (EFSA), on whose work the European Commission is drawing, concluded – prior to drafting their opinion – that EDCs should be treated as any other chemical of concern:  “[i]n December 2012, EFSA was already presenting “conclusions/recommendations” in an e-mail to the experts it had assembled to carry out this work. It said: “…endocrine disruptors and their adverse effects should be treated just like any other chemical of concern for human health or the environment””.

This Le Monde article is disturbing. The European Commission’s EDC criteria seem to be a foregone conclusion, preordained if you will, as if hatched under the looming, unavowed and ominous influence of larger considerations.

After the publication on 12th December by EurActiv of an article, New Endocrine Disruptor Rules Address your Trade Concerns, EU tells US, Canada, we know that it is at least partially the case. The article comments on the recently released memo (14th July 2016) saying: “The European Commission told US and Canada that draft EU pesticides laws would “address the concerns” they had over possible trade restrictions on goods exposed to endocrine disruptors”.

So not only is the conclusion on the EDC criteria definition foregone, the discussions leading up to an agreement are steered and guided by commercial considerations. I, and I am not alone, struggle to reconcile this approach with the declared intention of the 7th Environmental Action Programme (7th EAP) that committed the EU to develop horizontal measures to ensure the minimisation of exposure to EDCs by 2015.

It will come as no surprise that out of the 10 authors, 7 work for Exponent and Gradient - a product defence firm. Such types of firms are often described as manufacturers of doubt, formerly sowing uncertainty in debates around the hazards linked to smoking and more recently around climate change. Interestingly, Stéphane Horel also managed to establish that the 2014 critical comments were commissioned by... industry via their trade association: Cefic (European Chemical Industry Council), American Chemistry Council, CropLife America, CropLife Canada, CropLife International, and the European Association for Crop Protection.

On 21st December, the European Commission will present the third version of these two sets of EDC criteria. They will be considered by the committees dealing respectively with the Biocides and the Pesticides Regulation. The EU Member States are free to reject these criteria and ask for more, to protect their citizens and the environment.

I think they should do just that. It is particularly irksome to see how the caution and rigour of the majority of scientists is used by regulators to force through inadequate solutions.  In today’s climate, the EU is often regarded with mistrust, being ineffectual and too responsive to private corporate interests. Such scepticism would be further fuelled if, as a result of inappropriate considerations being able to steer the discussion, adequate provisions to define the EDC criteria were peremptorily dismissed. We have experienced, and are once again experiencing the risks of using the language of reason as a cloak for self-interest. 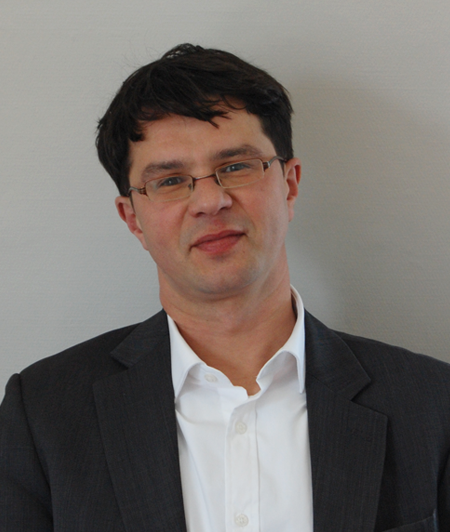