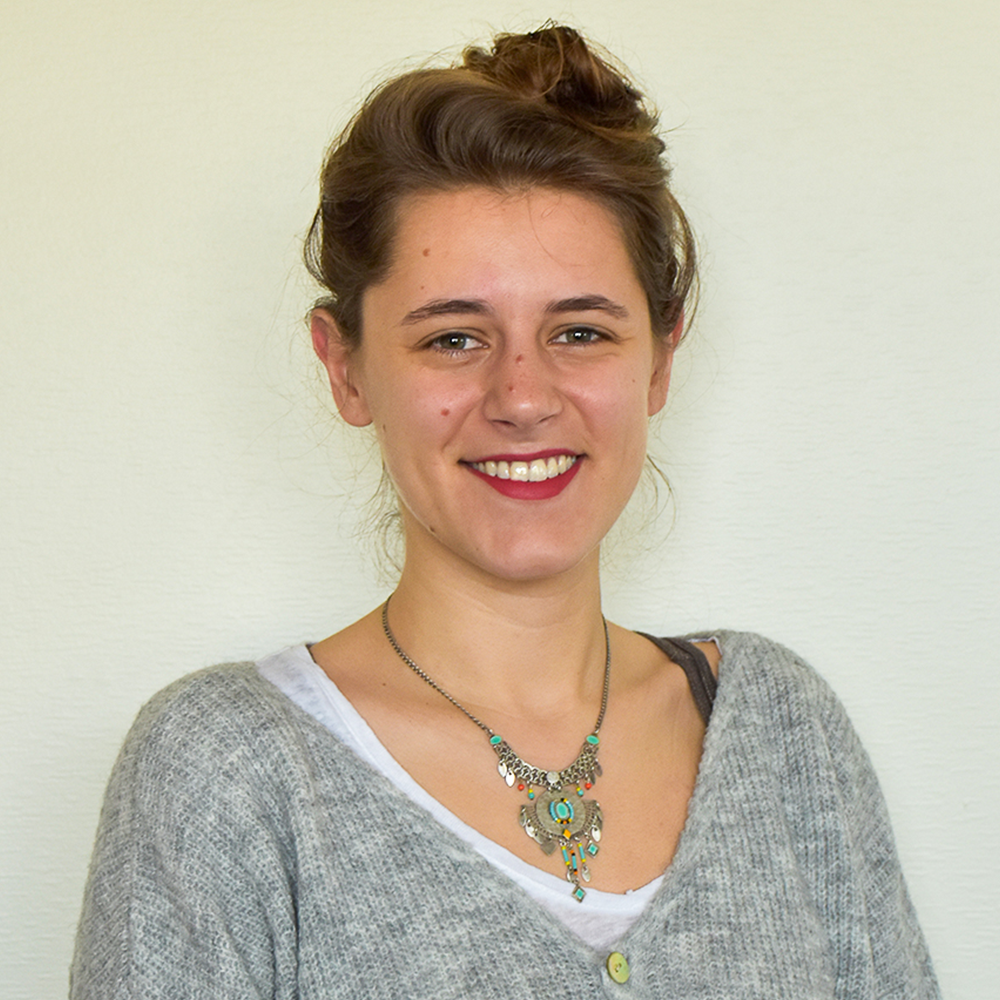 It has been 20 years since the European Union first established a strategy to better understand the mechanisms of endocrine disrupting chemicals (EDCs) and their impact on human health. We are still lacking, however, concrete action to minimise exposure for EU citizens, and limited acknowledgement of EDCs in European laws. Several European countries try to address this problem through cross-border collaborations and actions at national, regional, and local levels.

France is considered a pioneering Member State in dealing with EDCs, introducing a number of policies and actions aimed in particular at protecting vulnerable groups. The French government’s initiative to legislate restrictions on the use of certain EDCs was one of the first in Europe (along with Denmark) and in the world (after Canada). Indeed, France was the first European country to introduce a ban on using tubes containing DEHP in paediatric, neonatal, and maternity wards (this was later replaced by a concentration threshold restriction) – they were also the first to adopt a national strategy solely dedicated to endocrine disruptors.

With an impressive track record in policy and legislation on EDCs, how does this translate into practice in the French healthcare system – how are they managing EDC exposures? I spoke to one of our long-standing members and partner, the Committee for Sustainable Development in Healthcare (C2DS), to learn more about how healthcare facilities in France are addressing EDCs.

How it all started

The subject of EDCs has become a real public affair in France, as more and more French people are becoming aware of EDCs. Public awareness of the harmful effects from endocrine disruptors really began around 2007, according to Wiebke Winkler, Network Coordinator at C2DS.

An independent non-profit organisation C2DS was founded in 2007 with the aim to raise awareness amongst key players in the healthcare sector and promote best practice in France when addressing the environmental, human, and economic impacts of healthcare activities. To date, C2DS comprises 500 hospital members across France.

Wiebke describes 2007 as an eventful year, not only was C2DS founded, but at the EU level - the medical device directives were amended and the REACH legislation came into force. It was logical then that in 2007, the organisation’s first event focused on the presence of phthalates in medical devices.

“We were not yet talking about all endocrine disruptors" explains Wiebke - though some European clinicians were already sharing their experiences of replacing PVC-based medical devices in neonatal intensive care units.

In 2009, the French National Agency for the Safety of Medicines and Health Products (ANSM) drew up recommendations based on the EU Scientific Committee opinion on the safety of medical devices containing plasticisers, and called for a reaction from manufacturers. Gradually, the subject attracted more attention in France, one particular aspect that grabbed the general public’s attention was the idea that certain members of the population – especially pregnant women and children - are more vulnerable to the harmful effects of EDCs.

“To sum up the situation in France, there are a few regulatory obligations, a few more recommendations, and above all - a good dose of voluntary initiative" - Wiebke Winkler

A good dose of voluntary initiative

Voluntary initiatives mostly exist at the regional or local level, in partnership with healthcare institutions - we hope to inspire healthcare staff in other countries to follow the example in France by taking action and advocating for a multi-stakeholder collaboration to tackle this issue.

In 2015, the Universities of Lille and Amiens, the National Institute for Health and Medical Research (INSERM), and the Jeanne de Flandre Hospital launched the 1000 days for health project. A child's first 1000 days (from pregnancy to two years old) is considered the window of highest vulnerability to exposures that can significantly affect health in adulthood. The project created a framework for a series of research studies (some of which focused on the effects of BPA on fertility), raising awareness among health professionals, and providing recommendations to the general public. Other hospitals have developed research centres dedicated to the assessment of environmental exposures to EDCs, particularly among patients suffering from reproductive disorders, in order to develop recommendations and targeted prevention messages, such as the Artemis Center, developed at the University hospital of Bordeaux.

Initiatives towards reduction of exposures

A number of maternity wards in France have begun the gradual elimination of EDCs; several have phased out problematic cosmetic products from gift sets for patients, like the hospital centres of Gueret or Perigueux, and many more, while others have gone further by offering eco-friendly samples, such as the polyclinic of Blois. Some maternity wards, such as the hospital centres of Angoulême or the Cannes  for example, are also trialling the use of cloth diapers and replacing plastic food containers with glass or stainless.

Among others, the hospital centre of Guéret and the Nutecia clinic have implemented consultation spaces, so-called “Nesting workshops”, to provide parents with advice on eco-gestures to minimise their child’s exposure to EDCs, such as avoiding some products or materials to ensure a healthy growth of their child. C2DS along with regional health agencies and other associations have initiated awareness activities across France to inform health professionals about the risks of EDC exposures and how to reduce them. The French Mutuality and the Association for the Prevention of Air Pollution have engaged with perinatology-related networks (healthcare professionals, midwives, maternity wards, hospital centres, etc.) in northern France to launch the Pregnant Women, Environment and Health (FEES) project. This project offers training to medical professionals and students to learn about the associated health risks of EDCs and how to reduce exposure to pollutants. They also develop workshops for future and young parents to raise their awareness of exposure to environmental pollutants, including EDCs.

Various clinics, including Blois or Natecia have updated their purchasing policies to phase out the presence of BPA, DEHP, and phthalates in medical devices. Paints, floors, and furniture in healthcare facilities are also sometimes included in projects to reduce exposure to EDCs. C2DS has launched a thematic campaign to promote healthcare facilities without EDCs, bringing together a multidisciplinary team to propose concrete solutions.

The Réseau Environnement Santé, a French network association created to advocate for environmental health to be at the heart of public policies, created the charter Cities and territories without endocrine disruptors to encourage local authorities to tackle environmental health problems. In the Tarn region of France, the Departmental Council was the first to establish a prevention plan to combat EDCs within the framework of this charter.  It includes educational actions for health professionals and introduces an EDC-free clause in public procurement.

More recently, C2DS organised a thematic day on eco-responsibility and medical devices to promote innovative industry initiatives. The Central Purchasing Office for Private and Public Hospitals (CAHPP) - an organisation that supports private/public health and medical-social establishments to optimise their economic and social performance - launched a “Green Index”, which measures the degree of commitment of hundreds of companies and providers in terms of social responsibility, including environmental aspects. Healthcare procurers can select products that are referenced by this office and benefit from this index, depending on their social and environmental impact, including whether or not they contain EDCs. This label has gained importance as more and more industries decide to apply to its criteria.

Many initiatives towards eliminating EDCs in France exist at a national, regional, and local level, as well as individual healthcare institutions. Despite France’s recognition of EDC risks and advocacy to address them at a European level, reducing EDC exposure from medical devices still requires significant efforts and a multi-stakeholder collaboration.

Medical devices are often subject to exemptions in cross-sectoral European regulation concerning hazardous chemicals, however, the new Medical Device Regulation and the upcoming Chemicals Strategy for Sustainability provide opportunities to phase out EDCs in medical devices. Alternatives are available to substitute known EDCs from a broad range of medical devices, and is already happening in healthcare facilities across Europe.

The remaining challenges, however, lie in the willingness of manufacturers to invest in substitution, and a lack of awareness among clinicians about the presence of hazardous chemicals in medical devices. Raising such awareness among professionals could have a positive impact on the demand for EDC-free medical devices from the healthcare sector, and ultimately on their price.

Rachel Billod-Mulalic from C2DS sums up by saying: Healthcare institutions should not be criticised for not taking initiatives to replace medical devices that contain EDCs, the reality remains that price dictates purchase. That's why multi-stakeholder collaboration is needed to create more virtuous and competitive products by investing time and money in research and innovation.