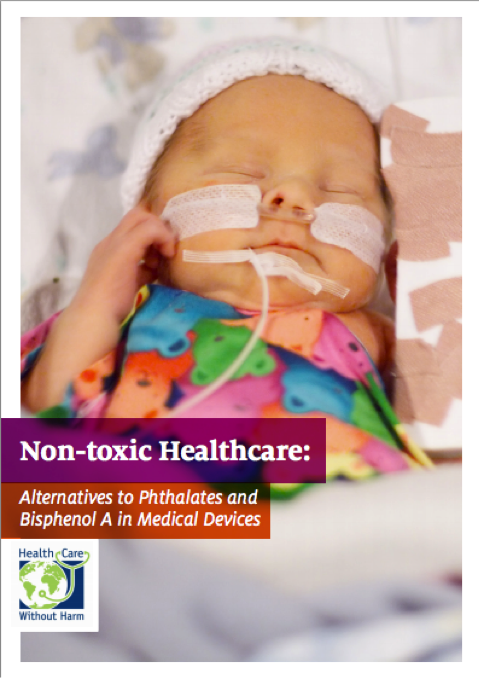 Non-Toxic Healthcare: Alternatives to Phthalates and Bisphenol A in Medical Devices

This report provides evidence of the potential hazards that endocrine disrupting chemicals pose to human health and the environment. This also presents an analysis of safer alternatives available on the market and calls for a phase out of phthalates and bisphenol A (BPA) in medical devices. 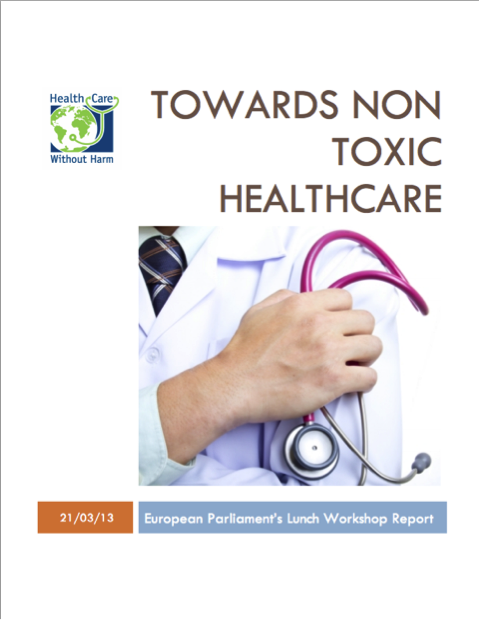 Final report of the lunch seminar organised by HCWH Europe in the European Parliament to raise awareness amongst policy makers on the hazard of Endocrine Disrupting Chemicals (EDCs) and Carcinogenic and Mutagenic Chemicals (CMRs) contained in medical devices. 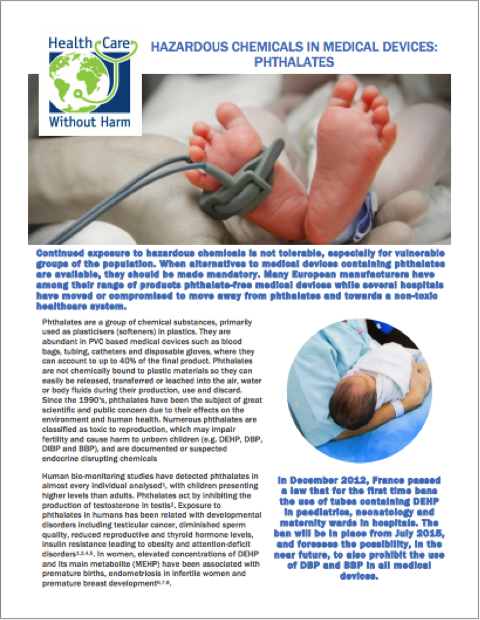 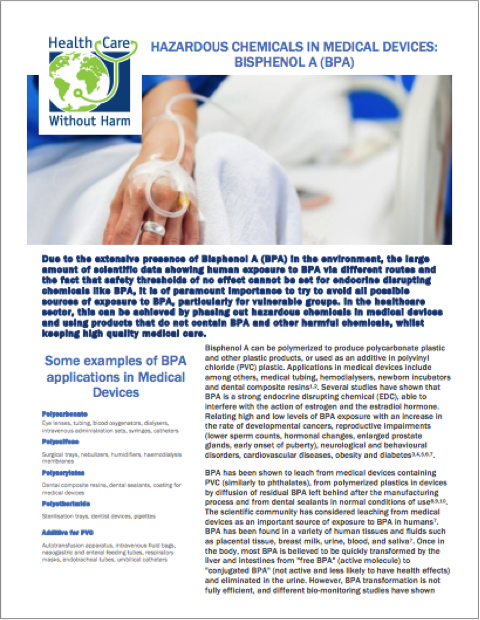 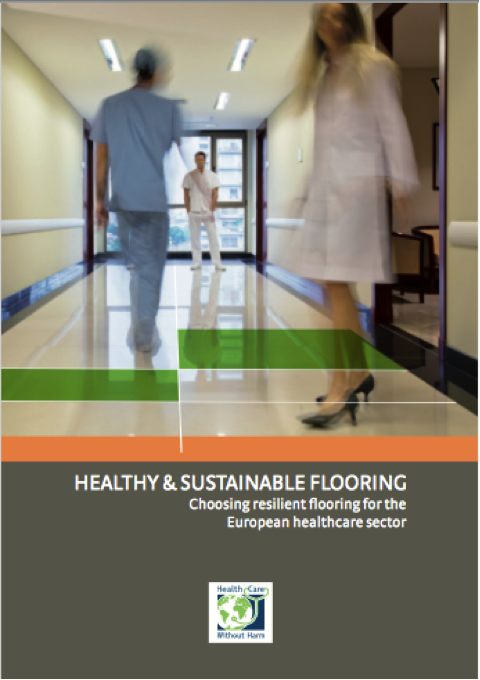 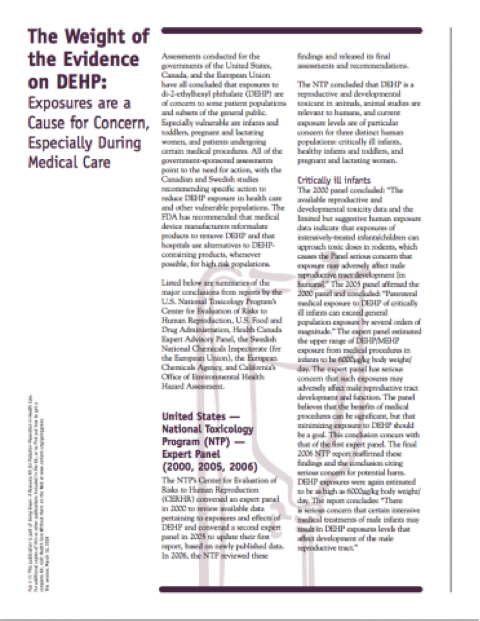 The Weight of the Evidence on DEHP: Exposures are a Cause for Concern Especially During Medical Care

Assessments conducted for the governments of the United States, Canada, and the European Union have all concluded that exposures to di-2-ethylhexyl phthalate (DEHP) are of concern to some patient populations and subsets of the general public. Especially vulnerable are infants and toddlers, pregnant and lactating women, and patients undergoing certain medical procedures. All of the government-sponsored assessments point to the need for action, with the Canadian and Swedish studies recommending specific action to reduce DEHP exposure in health care and other vulnerable populations. The FDA has recommended that medical device manufacturers reformulate products to remove DEHP and that hospitals use alternatives to DEHP-containing products, whenever possible, for high risk populations. 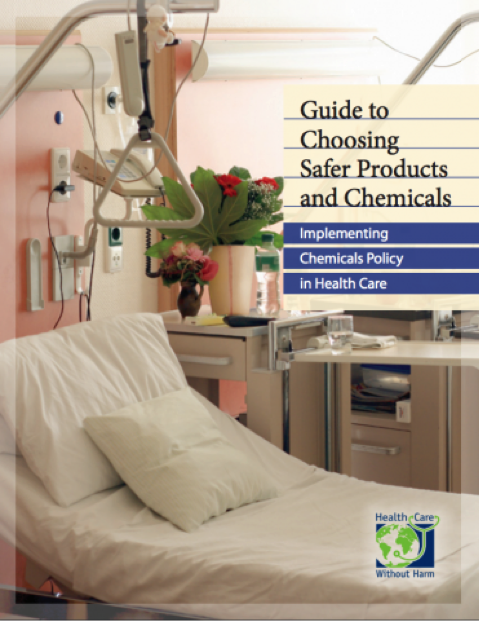 This report explains how to make and implement a Comprehensive Chemicals Policy in health care, to eliminate the use of toxic chemicals, creating safer workplaces, ecosystems, and communities, and reducing long term costs and liabilities. 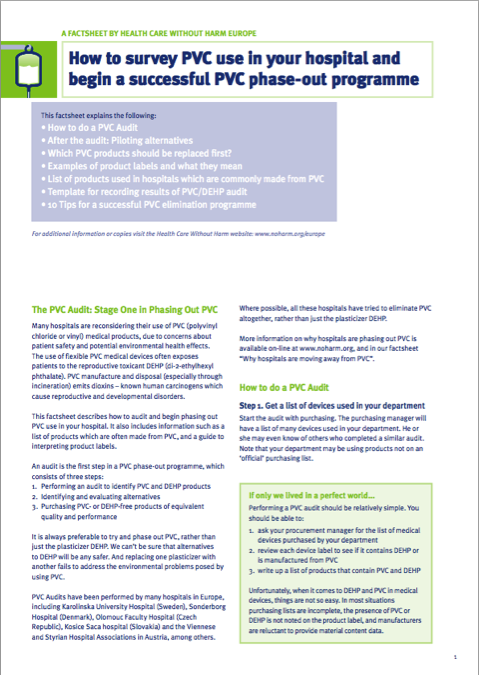 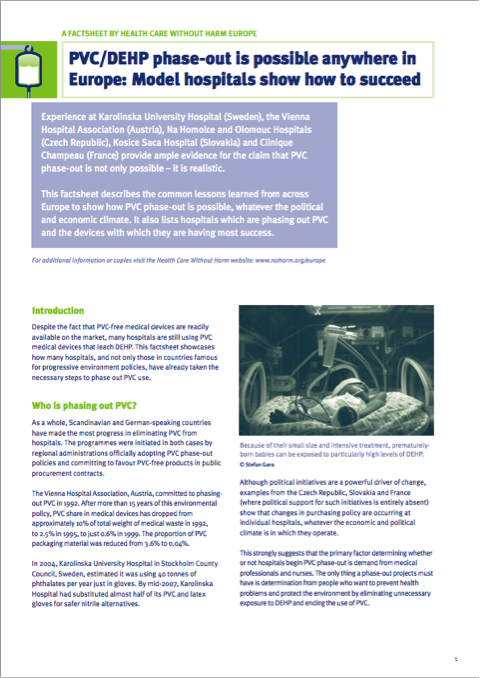 PVC/DEHP Phase-Out is Possible Anywhere in Europe: Model Hospitals Show How to Succeed

This factsheet describes the common lessons learned from across Europe to show how PVC phase-out is possible, whatever the political and economic climate. It also lists hospitals which are phasing out PVC and the devices with which they are having most success. 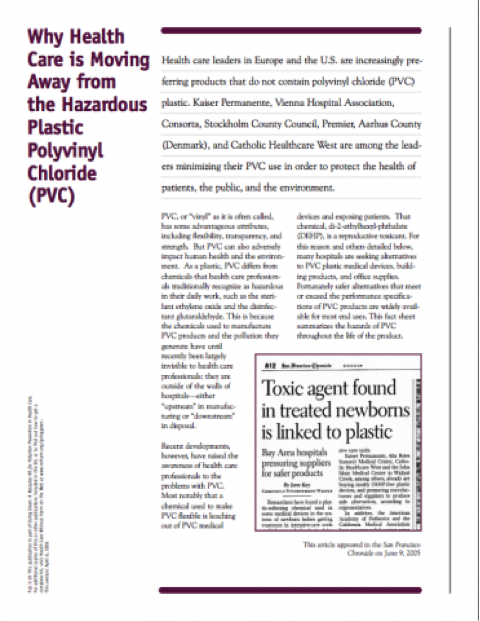 PVC, or “vinyl” as it is often called, has some advantageous attributes, including flexibility, transparency, and strength. But PVC can also adversely impact human health and the environment. A chemical used to make PVC flexible is leaching out of PVC medical devices and exposing patients. That chemical, di-2-ethylhexyl-phthalate (DEHP), is a reproductive toxicant. For this reason, many hospitals are seeking alternatives to PVC plastic medical devices, building products, and office supplies. 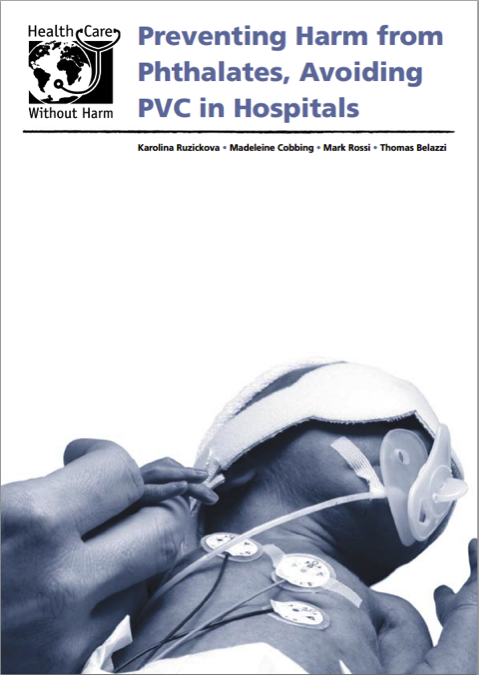 Across the European Union hospital patients are unnecessarily being exposed to the phthalate DEHP from medical devices made from PVC plastic. In 2004, HCWH tested 48 common medical devices used in European hospitals for the presence of DEHP. Thirty-nine out of 48 products contained between 17 and 41% DEHP by weight. 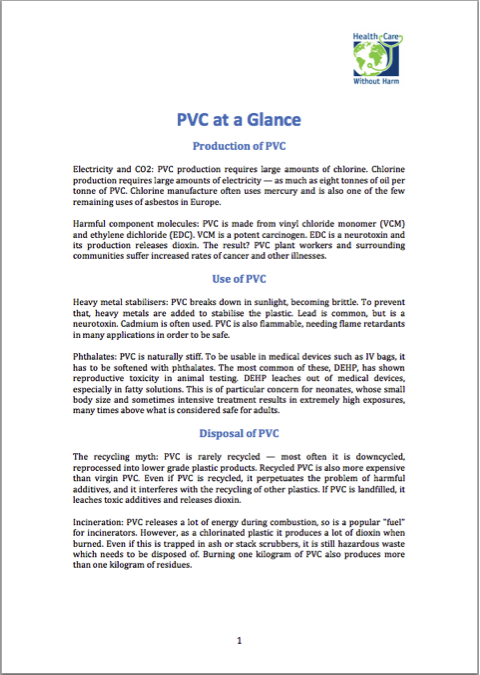 PVC at a Glance 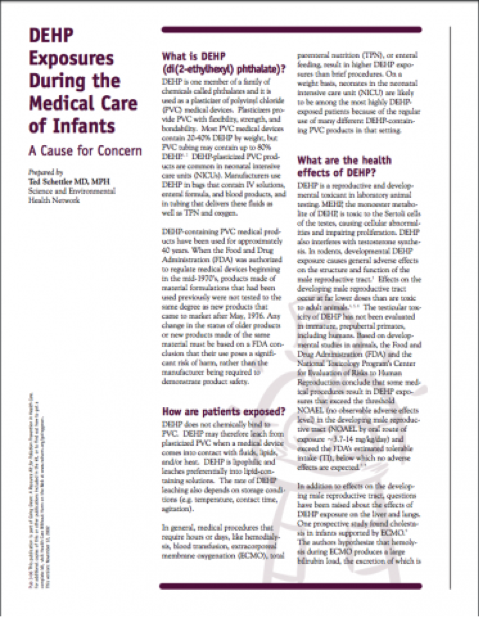 Neonates and infants who receive medical care that includes the use of plasticized PVC products may easily be exposed to DEHP at levels that are in excess of the no observed adverse effect level (NOAEL) in animal tests. For some medical therapies, these exposures also exceed the FDA-derived “tolerable intake” (TI). 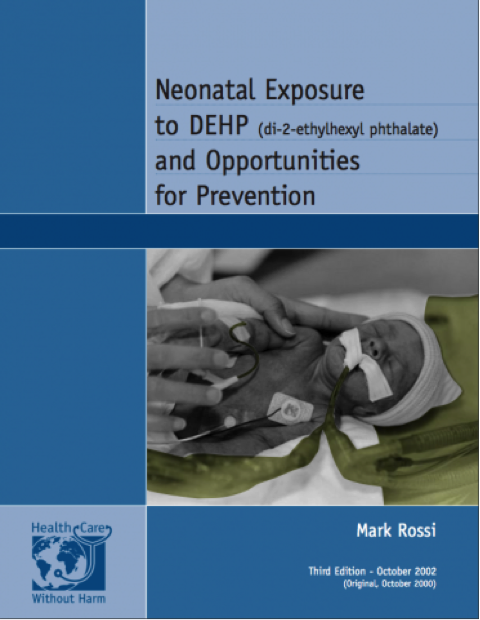 Human exposure to DEHP occurs throughout life. The exposure to this toxic chemical begins in the womb, rises dramatically for premature infants and newborns requiring intensive care in a neonatal unit, and declines with their removal from intravenous, enteral feeding and oxygen therapy systems and their arrival at home. The report reviews the various points of exposure to DEHP and ways to prevent such exposures. 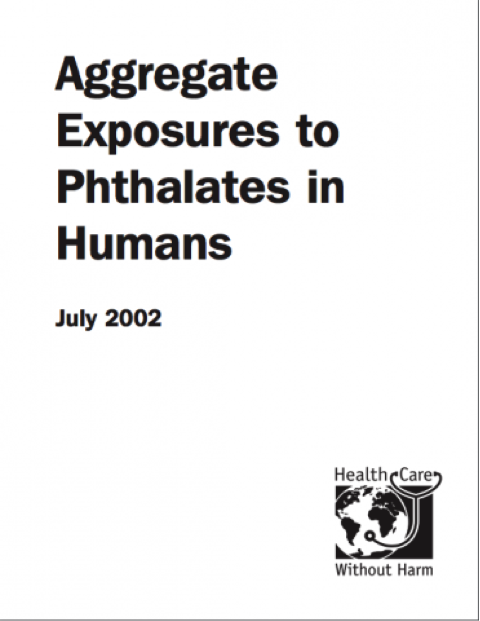 Aggregate Exposures to Phthalates in Humans

Phthalates are a family of chemicals that are produced in the millions of tons annually worldwide, and are a principal component of many diverse products that consumers come into contact with at home, at work, and in hospitals. They include products made of flexible polyvinyl chloride plastic (PVC), cosmetics and other personal care goods, pesticides, building materials, lubricants, adhesives, and film, among other items. In this report, we summarize what is known about human exposures to phthalates and consider the potential health impacts of exposure to real-world mixtures of these chemicals. Using a relative potency approach, based on what is known about mechanisms of action and available experimental data, it becomes clear that, for a large number of women of reproductive age, their aggregate exposure to phthalates is sufficient to significantly increase the risk of abnormal development in male fetuses and baby boys.