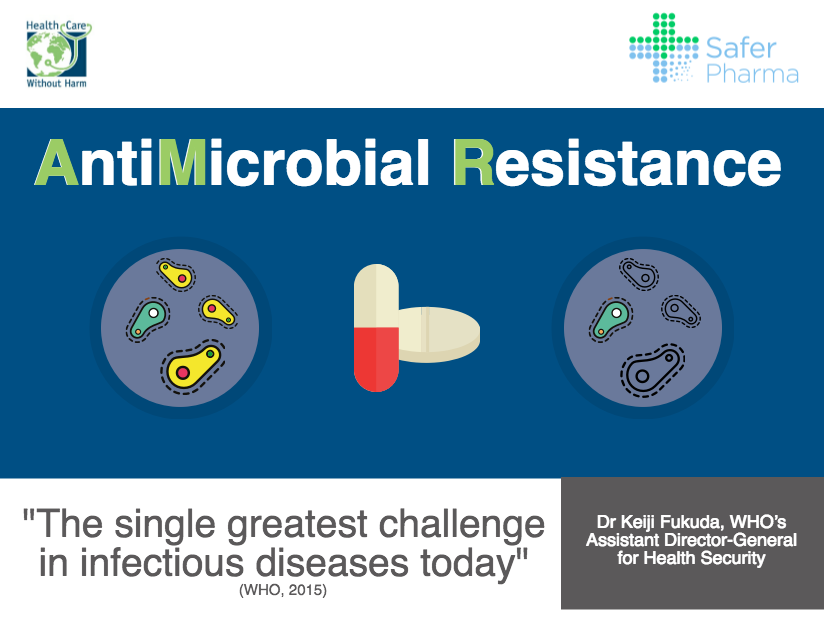 Learn more about AMR and the big problem it poses to health with HCWH Europe's introduction to AMR infographic.

Both events aim to raise awareness about the overuse and misuse of antibiotics and the consequences for public health. The theme for EAAD 2017 is #KeepAntibioticsWorking – an extremely relevant topic considering the serious health threat posed by antimicrobial resistance (AMR) – one of the biggest threats to global public health.

Put simply, the more antibiotics that are used, the less effective they become as resistant bacteria develop thus contributing to the rise of AMR. If we do not deal with AMR - and the overuse and misuse of antibiotics that contribute to the problem, treatments will become ineffective, infections will persist, and an there will be an increased risk of infections spreading.

Each year, antimicrobial-resistant infections already cause 25,000 deaths in the European Union alone, generating annual costs of at least €1.5 billion, and a total of 700,000 deaths worldwide. It is estimated that the annual number of deaths in the EU attributable to AMR will be 390,000 by 2050. 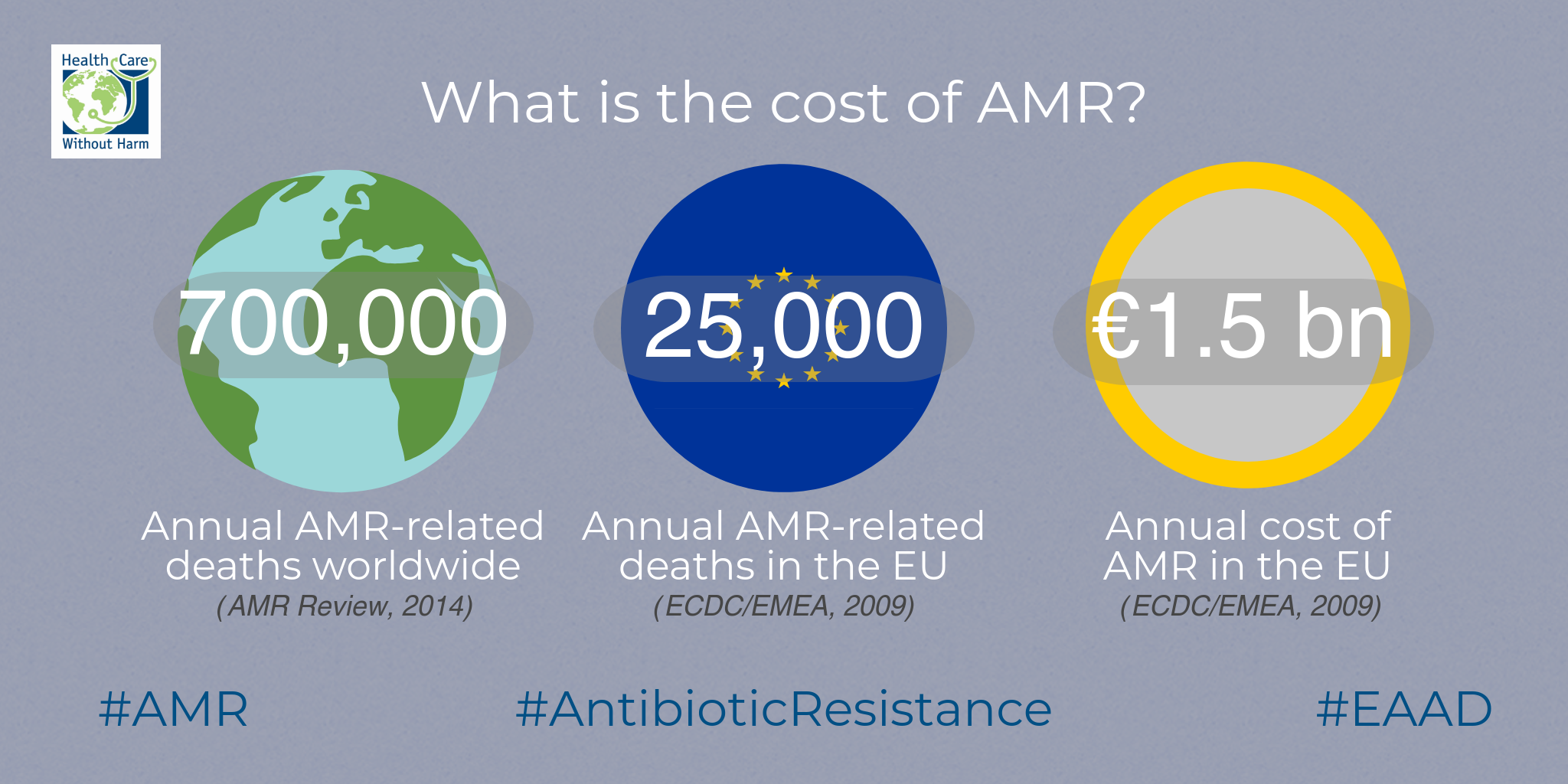 Whilst recognising that antibiotics are an important part of modern medicine, the environmental and health risks associated with the over-prescription of antibiotics, pollution from pharmaceutical production, and the improper disposal of unused antibiotics cannot be ignored. At HCWH Europe, we work to raise awareness about the health and environmental consequences of AMR, and promote ways to constrain this growing problem.

Each day during World Antibiotic Awareness Week, HCWH Europe will be sharing articles and resources on AMR and Pharmaceuticals in the environment: