Commissioner Bieńkowska has today received a letter from European Public Health Alliance, Changing Markets, and HCWH Europe in response to the European Commission's strategic approach to pharmaceuticals in the environment. 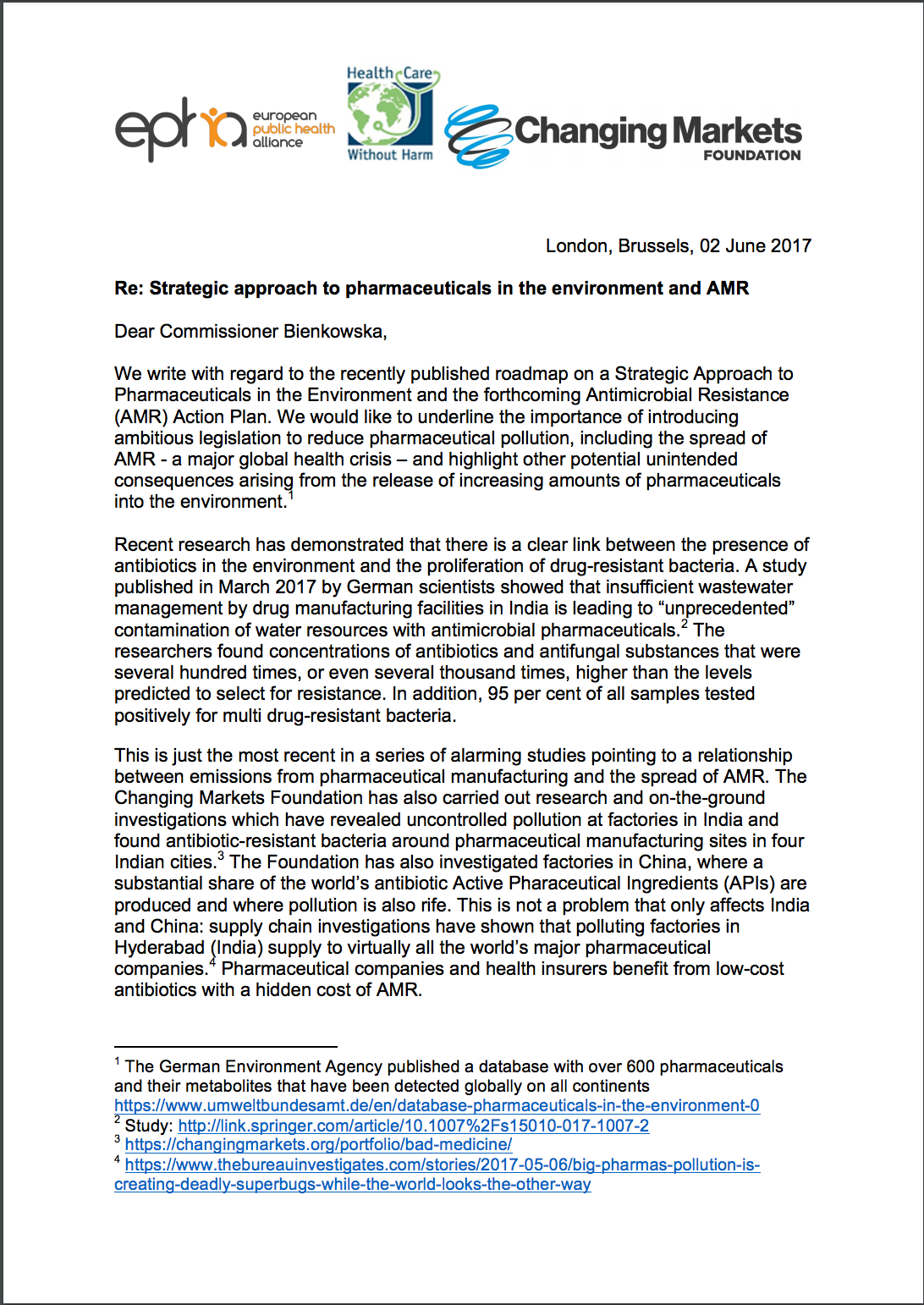 In the letter, we underline the importance of introducing ambitious legislation to reduce pharmaceutical pollution, including the spread of antimicrobial resistance (AMR) - a major global health crisis, the letter also highlights other potential unintended consequences arising from the release of increasing amounts of pharmaceuticals into the environment.

We encourage the Commissioner to train and communicate to EU public health authorities the better implementation of the European public procurement directive: to set standards for production and transparency demands in calls for tender. This is merely a first step, however, whilst other potential legislative options are being assessed. The overall goal of EU legislation should be to protect EU citizens and the environment and to reduce the economic burden to the EU (i.e. number of deaths, healthcare cost, and the environmental costs).

The letter closes requesting a meeting with Commissioner Bieńkowska - you can read the letter in full here.