Health Care Without Harm has long campaigned and encouraged healthcare providers to reduce and replace hazardous chemicals used in healthcare settings with safer alternatives and recent policy developments have brought us one step closer to substituting hazardous chemical substances in medical devices.

Possibly the most common problematic substances in healthcare settings are DEHP (Bis (2-ethylhexyl)phthalate) and BPA (Bisphenol A) – both already identified as substances of very high concern (SVHC) by the European Chemicals Agency (ECHA). These substances harm fertility and can cause adverse effects to humans and the environment due to their endocrine disrupting properties. 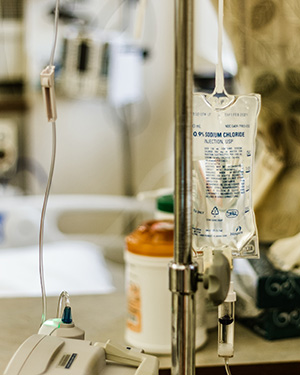 BPA is used in the production of polymers for such medical devices as catheters, implants, tubing and some dental devices, whilst DEHP is used in many PVC materials including blood bags and tubing.

Whilst both DEHP and BPA have been documented leaching out of intravenous medical devices and migrating into the human body, the current EU regulatory framework does not fully address the health risks posed by DEHP and BPA in medical devices. Even though France took steps to ban the use of tubes containing DEHP in paediatric, neonatology, and maternity wards in 2012 - bold steps towards elimination in EU-wide legislation are still lacking. Under the REACH regulation, manufacturers are currently exempt from requiring authorisation to use SVHCs in medical devices - hindering the potential for substitution with safer alternatives.

Last week, however, ECHA recommended that the European Commission add endocrine disrupting effects on the environment for DEHP to the properties outlined on the Authorisation List (the list of substances that are subject to strict controls). Once the European Commission adopts this recommendation, some previously exempted uses of DEHP will now require authorisation, including use in medical devices.

Importantly this would mean that manufacturers wishing to use DEHP in medical devices would no longer be exempt and therefore must apply for authorisation to use this SVHC. The REACH authorisation process is designed to manage the risk of hazardous substances and places significant emphasis on the substitution and phase-out of SVHCs. Once no longer exempt, it will be the manufacturers responsibility, as part of the application process, to prove that safer alternative substances are not suitable or feasible.

The General Court of the EU has also recently dismissed an industry appeal that sought to prevent the classification of Bisphenol A (BPA) as an SVHC. The trade association PlasticsEurope lodged the appeal in 2017 shortly after the ECHA committee of national government delegates agreed to include BPA on its candidate list of substances that are controlled more strictly.

This industry appeal was not a case of questioning the toxicity of BPA, as explained by Dr Apolline Roger, Legal and Policy Advisor at ClientEarth: “there is no doubt about the dangers this substance [BPA] poses for humans and the environment.” Dr. Roger added that the industry lobby group PlasticsEurope were “attempting to fight the obligation of its members that sell or use BPA to tell their supply chain and consumers about its dangers.”

PlasticsEurope have also submitted further legal challenges concerning BPA’s identification as an endocrine disruptor, and the verdicts of the two cases disputing BPA’s impact on health and it’s impact on the environment are expected in Autumn 2019. 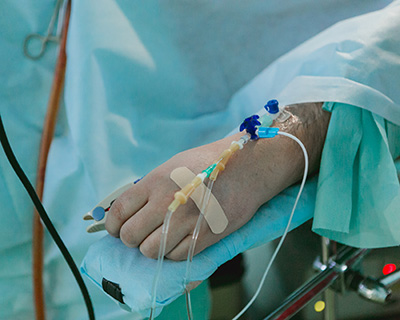 Given their widespread use in medical devices, and their widely acknowledged and accepted toxicity, the current exemptions beg the question – ‘Why are BPA and DEHP not subject to stricter controls, particularly for vulnerable populations?’