On 20 April, the REACH (Registration, Evaluation, Authorisation and Restriction of Chemicals - EU’s chemicals legislation) Committee supported the Commissions proposal to approve the request made by three companies (Vinyloop Ferrara, Stena Recycling, and Plastic Planet) to use DEHP in a wide range of products produced from recycled PVC. The REACH Committee is made up of representatives of Member States and the authorisation was recommended by the Europen Chemicals Agency (ECHA). DEHP is the most common member of the class of phthalates used as plasticisers, and it is among the first six compounds that the EU planned to phase out under REACH because of the well-documented risks it poses to human health.

HCWH Europe therefore strongly opposes this decision, and is concerned about this becoming a precedent that contradicts the very objectives of REACH - to ensure that toxic substances are replaced with safer alternatives.

There is a growing scientific consensus about the harmful effects of these omnipresent chemicals on human health. HCWH Europe has compiled a comprehensive report: Non-Toxic Healthcare, about the risks associated with aggregate exposure to phthalates. DEHP, in particular, can damage the liver, kidneys, lungs, and reproductive system — particularly the developing testes.

Meanwhile, these serious concerns have also been voiced in the political arena. In November 2015, the European Parliament (EP) overwhelmingly adopted a resolution demanding that the European Commission does not authorise the recycling of plastics containing the phthalate plasticiser DEHP. The EP Resolution recognised that the substance poses a toxic threat to exposed workers and could render their male foetuses sterile.

“[DEHP] may cause irreversible developmental programming effects, leading to severe effects on development and reproduction”
- The Environment Committee.

HCWH Europe is concerned about the flagrant disregard by the parties involved of both the clear political message sent by the EP, and the mounting scientific evidence surrounding the hazardous effects of DEHP.

HCWH Europe would also like to express reservations about the procedure leading up to this decision. It appears from ECHA’s own public consultation that alternatives to DEHP exist.  The responses by companies and users provided information on the availability of technically and economically viable alternatives to DEHP. 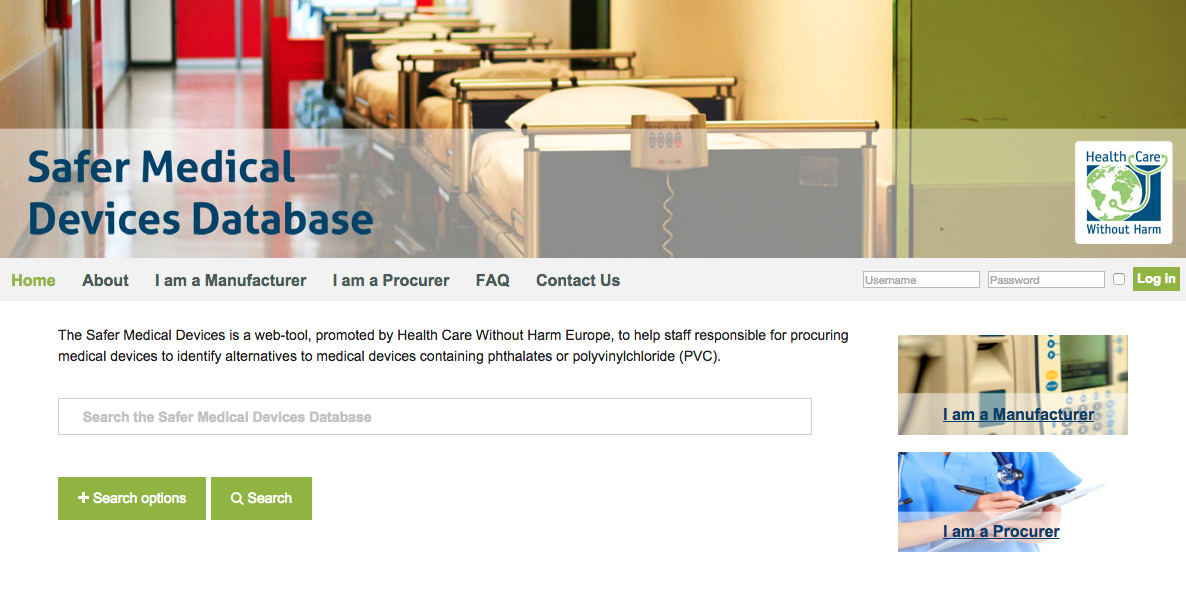 EDC alternatives for medical devices can be found in our database

Leaving to one side the quality of the submissions by the applicants; i.e. whether their case was compellingly made or not, HCWH Europe feels uncomfortable with the increasingly widespread practice of calling every meaningful piece of information “confidential business information”, as this practice undermines any real science-based approach to policy.

This decision is particularly worrisome in the context of the on-going trialogue negotiations about the proposed Medical Devices Regulation, during which an amendment to phase out Carcinogenic, Mutagenic and Reprotoxic substances (CMRs) and endocrine disrupting chemicals (EDCs), such as DEHP in medical devices is being considered. There might be some hope for a positive outcome, however, if the on-going negotiations take on board the EP amendment 355 adopted in April 2014. This amendment proposes a phase out of CMRs, and EDCs in medical devices, allowing their use for a four-year period by way of derogation.

HCWH Europe calls on the parties involved in the trialogue to rise to the occasion in reaching an agreement that complies with the objectives of REACH, thus ensuring that in the future toxic substances are indeed replaced by safer alternatives.