Earth Day 2016 (22nd of April) was the same day that 175 of the 196 UNFCCC nations gathered at the UN New York headquarters to officially sign the Paris Agreement. (A list of countries who signed is available here).

Despite the vast room for improvement and the need for more ambitious targets in the Paris Agreement, COP21 was considered a great success and a major achievement, marking the beginning of international climate action. The signing that took place on Earth Day cements this commitment to action on climate change, and was the first time in history that so many nations came together in international cooperation.

Nations came to a consensus on the requirements and thresholds of the climate deal and the final text of this agreement was decided upon at COP21 in Paris last December.  The second stage of this historic agreement was last week’s ceremony marking individual nation’s signing of the international commitment to act on climate change. There is, however, a third and final stage to come that is perhaps the most important of all: Nations must now ratify the agreement. The agreement will come into force 30 days after it’s ratification threshold is met: at least 55 nations, making up at least 55% of total global emissions.

On the day of the signing ceremony, 15 countries also formally ratified the agreement, accounting for 0.04% of global emissions; these nations were mostly small island nations, as well as Palestine, Somalia, and Venezuela. At the time of the signing ceremony they were the only nations to have ratified, but you can track the progress here. 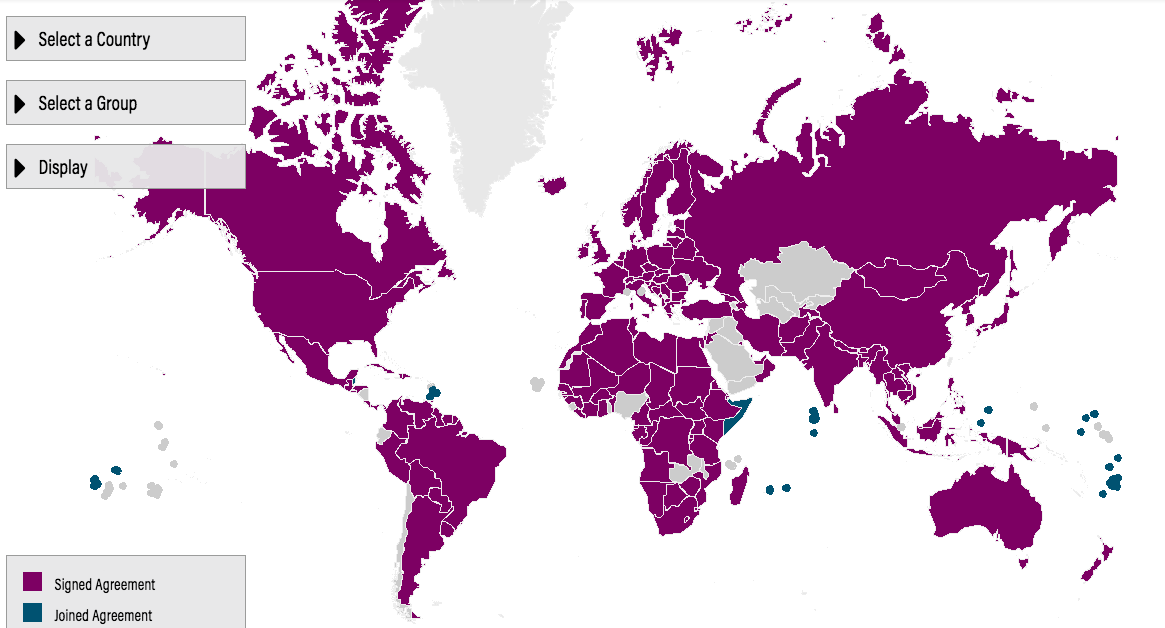 Many more nations must still ratify in order to reach the threshold, especially the larger emitters such as China (20.09%), the USA (17.9%), the 28 countries of the EU (12.08%), and Russia (7.53%), who are the top four global emitters. While at least one of these groups must ratify to reach the threshold requirement, the involvement of all these nations will determine the degree of mitigation efforts that is globally implemented by the adoption of the Paris Agreement.

Given the current political momentum, optimists believe the agreement could come into effect by 2018, two years before the originally planed date of 2020.  This is dependent, however, on the major emitters committing to ratification.

“When it comes to ratifying the Paris Agreement, Europe will do so by securing the support of our 29 parliaments, and by demonstrating that we will have the policies in place to meet our commitments.”

The EU has been very vocal and proud of its climate change leadership, both before and after COP21.

“Europe has some of the broadest shoulders in the world and we are ready to continue leading by example”-EU Climate & Energy Commissioner Miguel Arias Cañete.

HCWH Europe expects nothing less than for the EU to commit to their promise and lead by example, setting the standard for those nations that hold the fate of global climate within their policy decisions.