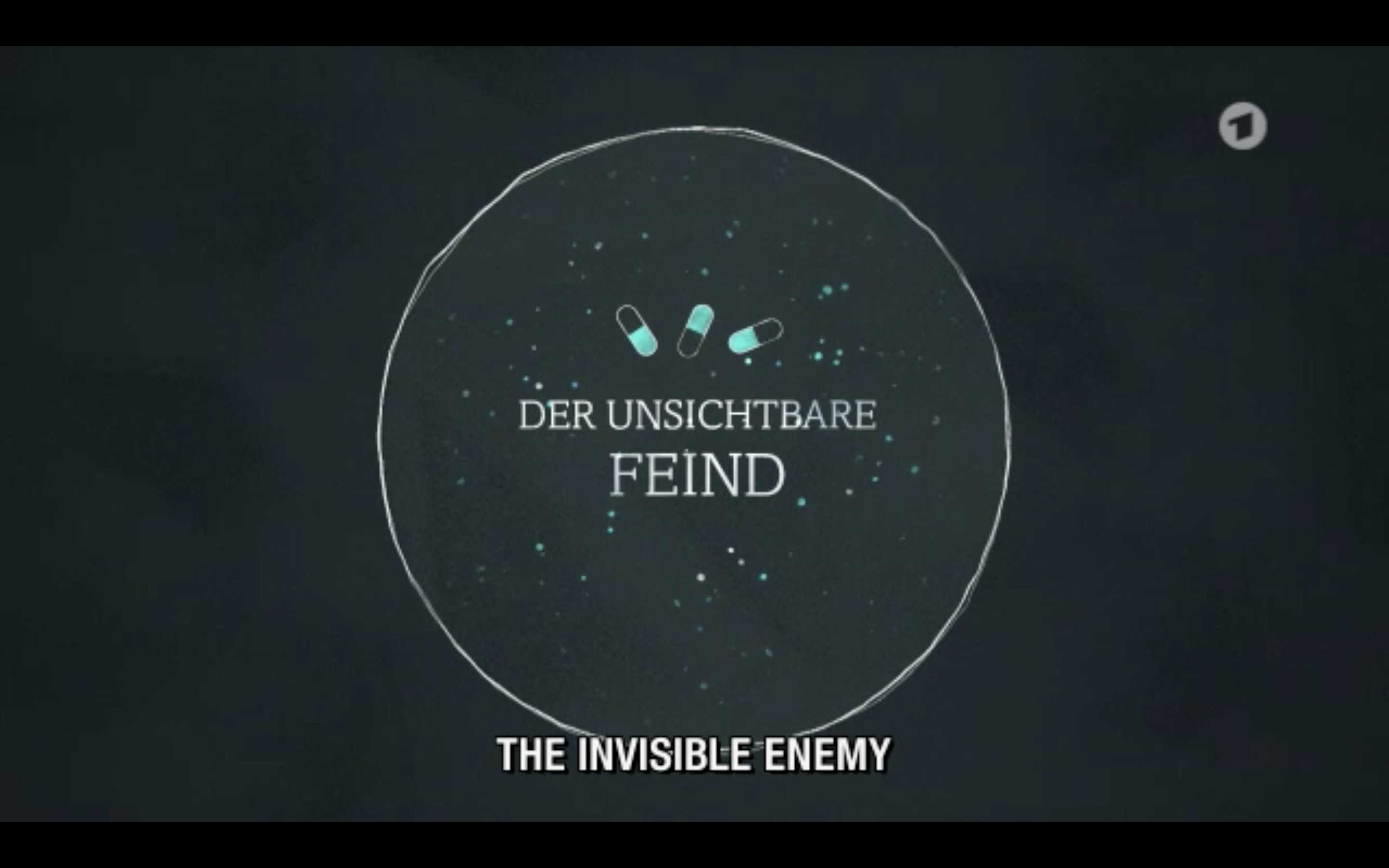 Multi-drug resistant bacteria are causing infections that we can no longer effectively treat with antibiotics - how could it have ever come to this? 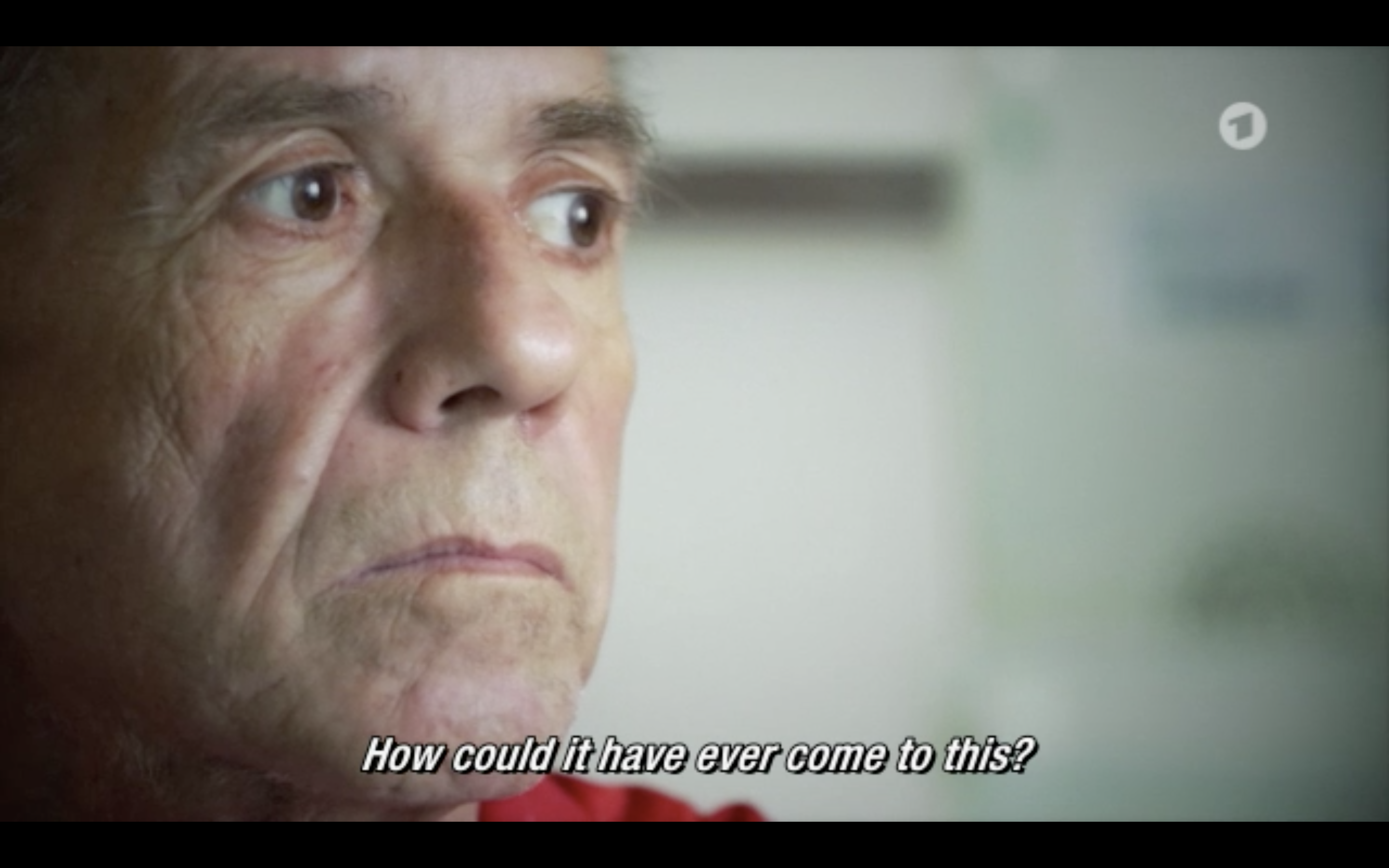 “We can transplant organs and stem cells, we can cure leukaemia” remarks Dr Christoph Lubbert of Leipzig University Hospital, “it’s amazing that we can do all these things, yet lose a patient due to a ‘dumb’ infection”.

Following the production chain of pharmaceuticals, Dr. Lubbert accompanies the documentary team to India to take water samples and investigate pharmaceutical pollution i.e. residues from the manufacture of pharmaceuticals entering the environment, and how that contributes to the proliferation of antibiotic resistant bacteria. 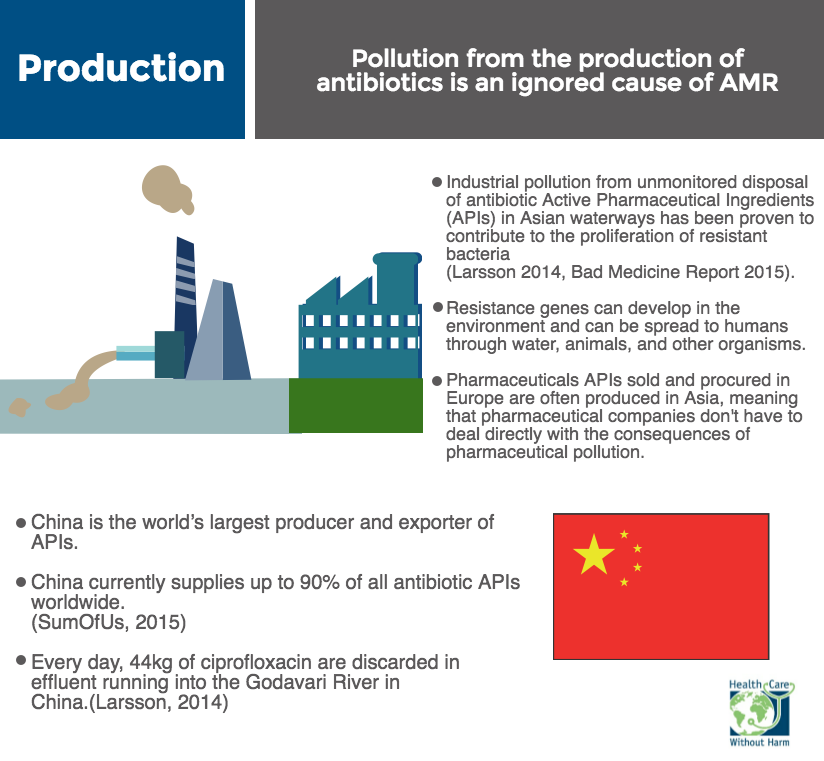 The research of Dr Joakim Larsson, referenced both in the documentary and our infographic has also been presented in a number of HCWH Europe webinars available on the AMR resources page.

During the documentary, Indian officials demanded that the journalists’ claims - that there are large quantities of pharmaceutical pollution from the sewage of Indian factories - must be substantiated with “concrete scientific evidence”. 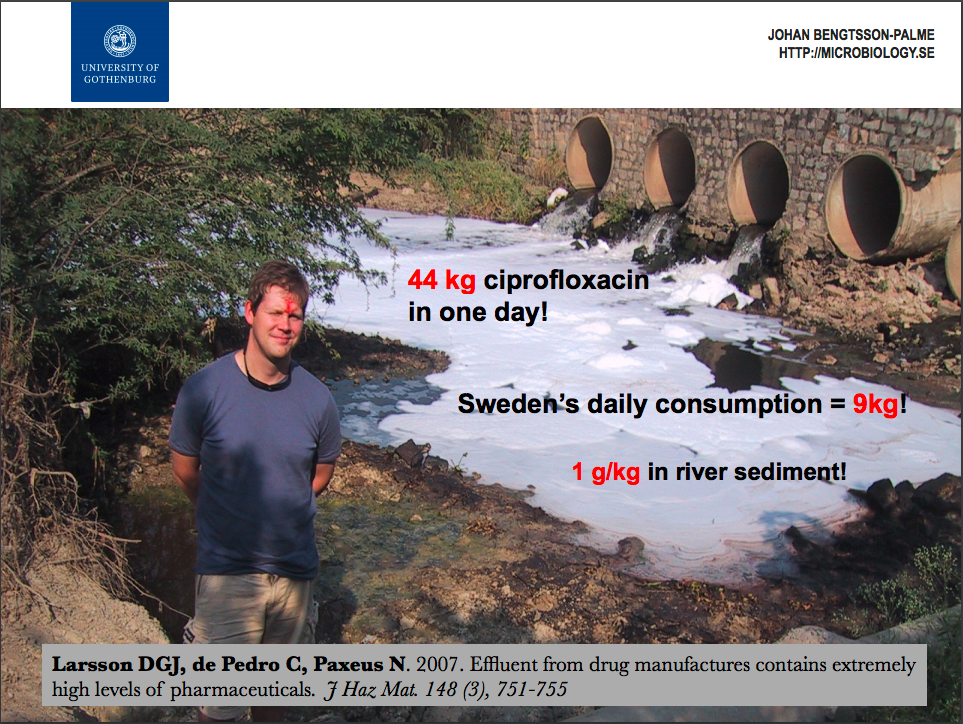 Not only does Dr. Larsson’s research show just that, but the samples taken from water sources and factory sewage outlets by Dr Christoph Lubbert and the documentary team also show “appallingly high concentrations” of antibiotic residues.

The high price pressure of pharmaceutical manufacturing has lead to companies producing pharmaceuticals in the simplest and cheapest way. Production is outsourced to Asian countries that can produce pharmaceuticals at more competitive prices, arguably partly as a result of their “lax environmental inspections”. Not only does this have implications for pharmaceutical pollution and subsequent antimicrobial resistance in these areas, it has also resulted in an overreliance on a small number of manufacturers – which can prove catastrophic when supply problems of life-saving antibiotics occur, as there are very few alternative suppliers. 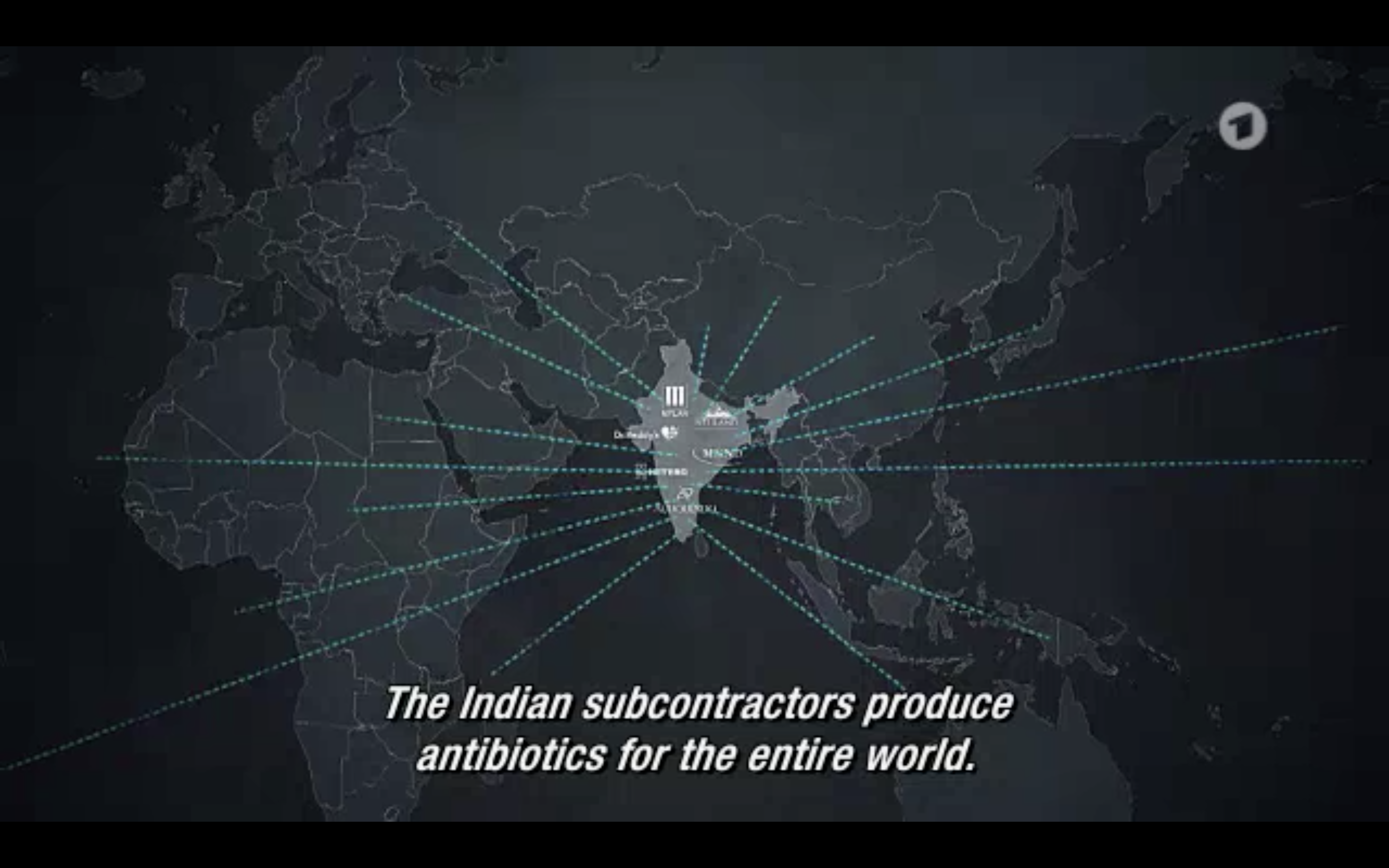 Approximately 90% of active pharmaceutical ingredients (APIs) are manufactured in China – these are basic substances for producing antibiotics. These APIs are sent to Indian factories that process these substances further and are then sent all over the world.

The original German version of the documentary is available on YouTube, but the ARD media library also provides an English subtitled version.

Unless otherwise stated, all images are sourced under fair usage from the featured documentary The invisible enemy – deadly superbugs, Das Erste (2017)