In 2012, according to the World Health Organization (WHO), 7 million deaths were related to indoor and outdoor air pollution, representing one eight of global deaths. Air pollution is the single largest environmental threat to human health, and energy production and energy use account for the majority of air pollution caused by human activity.

Today HCWH Europe has released its position paper on The Energy Effiiciency Directive, which includes recommendations for policy makers on how to combat this health threat and help the healthcare sector reduce the effects of its energy intensive activities whilst also improving energy efficiency. 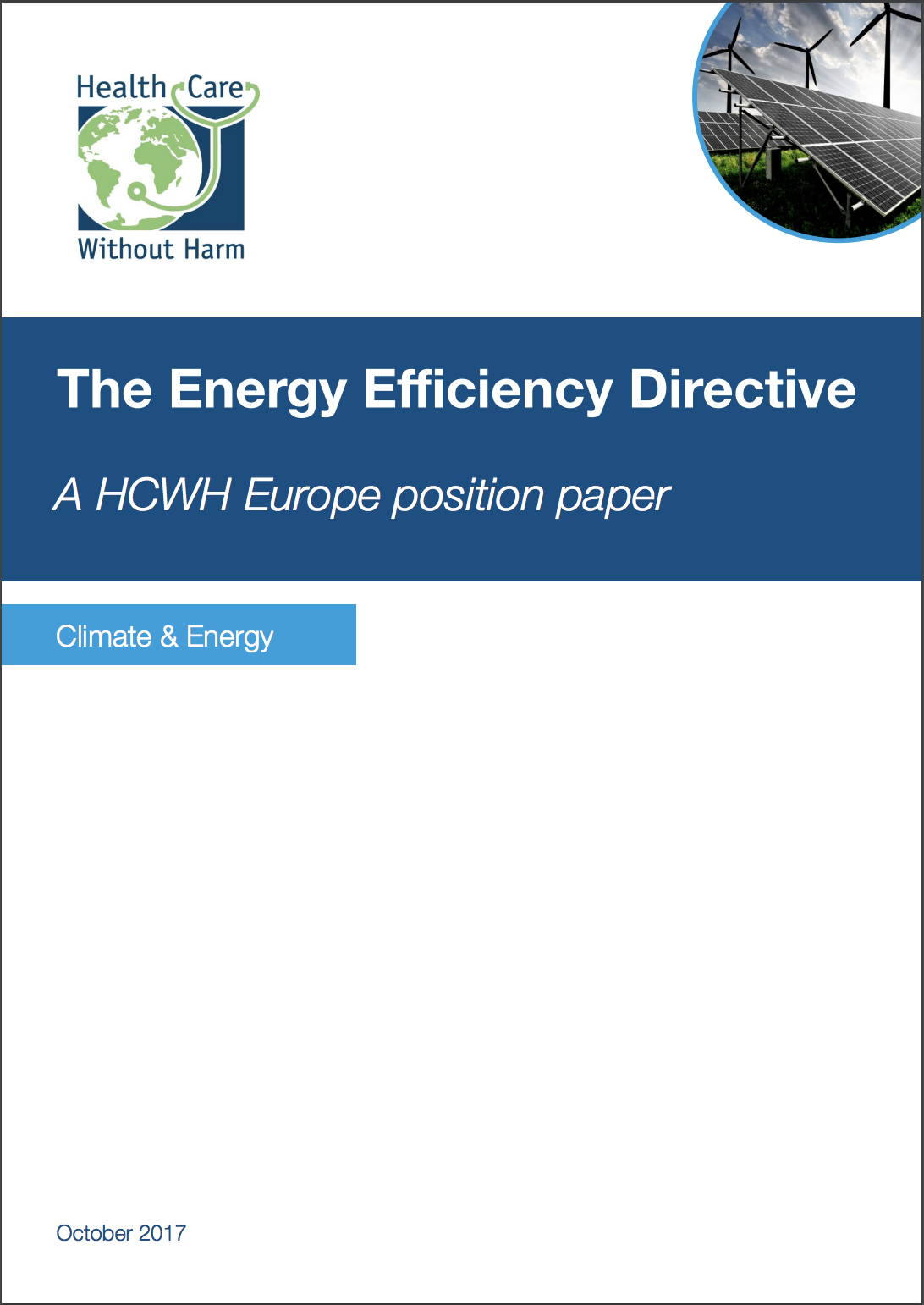 Whilst the Energy Efficiency Directive (EED) is only one of many legislative instruments that will determine whether the EU will meet its Paris Agreement commitments, it does, however, have significant impact upon all other EU climate and energy files.

To accelerate the transition to a low carbon economy and therefore meet the Paris Agreement’s objective to achieve zero global emissions in the second half of the 21st century, the EU will have to significantly reduce the amount of energy consumed in every country.

In this position paper HCWH Europe supports the position of Climate Action Network (CAN) Europe, in particular its recommendations for amendments to the revision of the EED. The EC’s proposal to increase the targets of the EED is not ambitious enough nor is it compatible with the EU’s commitments under the Paris Agreement.

HCWH Europe calls on the European Parliament and Council of the EU to support these recommendations, and not to underestimate the importance that energy efficiency measures will have on the success of all the other climate and energy policies and legislative proposals. An ambitious legislative framework is necessary to guide the health sector to significantly improve the efficiency of its energy intensive activities. This will help to reduce the sector’s contribution to air pollution and, in doing so, protect the health of EU citizens and the environment.