In a significant step forward, G7 health ministers declared their aim “to build environmentally sustainable and climate-neutral health systems at the latest by 2050 and to support other countries in this effort.”

“The nations responsible for nearly half of healthcare’s climate emissions have just come together and signalled their ambition to decarbonise while also promoting climate resilience and greater health equity,” said Josh Karliner, International Director for Program and Strategy - Health Care Without Harm. “This builds on Glasgow and the COP26 Health Programme commitments. It is another watershed moment in a cascading series of healthcare climate actions.” 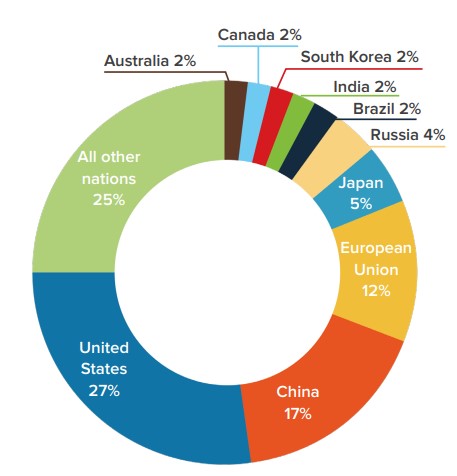 Healthcare contributes more than 4.4% of net global greenhouse gas emissions. The G7, an informal forum of seven leading industrial nations and democracies (Germany, Canada, France, Italy, Japan, the United Kingdom, and the United States of America, together with the European Union), makes up 46% of healthcare’s global climate footprint.

In their communiqué, the G7 health ministers called for this transformative action to be “supported through the use of emissions accounting systems for the healthcare sector, which can serve as a basis for developing roadmaps” to decarbonise healthcare.

The communiqué reflects the growing momentum in the sector.

“Health Care Without Harm is working closely with several governments in Europe to develop the methodology and tools to measure their carbon footprint and build road maps to chart a course to zero emissions,” said Will Clark, Executive Director - Health Care Without Harm Europe. “We look forward to supporting more G7 countries, as well as nations around the world, in their commitment to decarbonise healthcare.”

Recognising that climate action could save millions of lives, the G7 health ministers’ communique also called for health systems worldwide to become “better prepared for and more resilient to multiple concurrent threats such as climate change, pandemics, and other risks.” Governments, the ministers said, need “to ensure that health and equity considerations are well understood and accounted for when developing climate policies.”

If you would like to learn more about the methodology and tools we are developing to support national governments to decarbonise their healthcare systems, consult our Operation Zero project page.