Last week in Brussels, policy makers, industry, and civil society representatives working on pharmaceuticals and antimicrobial resistance (AMR) came together for an event at the European Parliament examining the dimensions of pharmaceutical pollution caused by antibiotics, and their impacts on the proliferation of AMR.  Evidence was presented on antibiotic pollution during the production process and, following their market authorisation, in the area of human prescription and animal husbandry. The event was organised by the European Public Health Alliance (EPHA) and Health Care Without Harm (HCWH) Europe, and was hosted by MEPs Martin Häusling (Greens/EFA, DE) and Jasenko Selimović (ALDE, SWE). 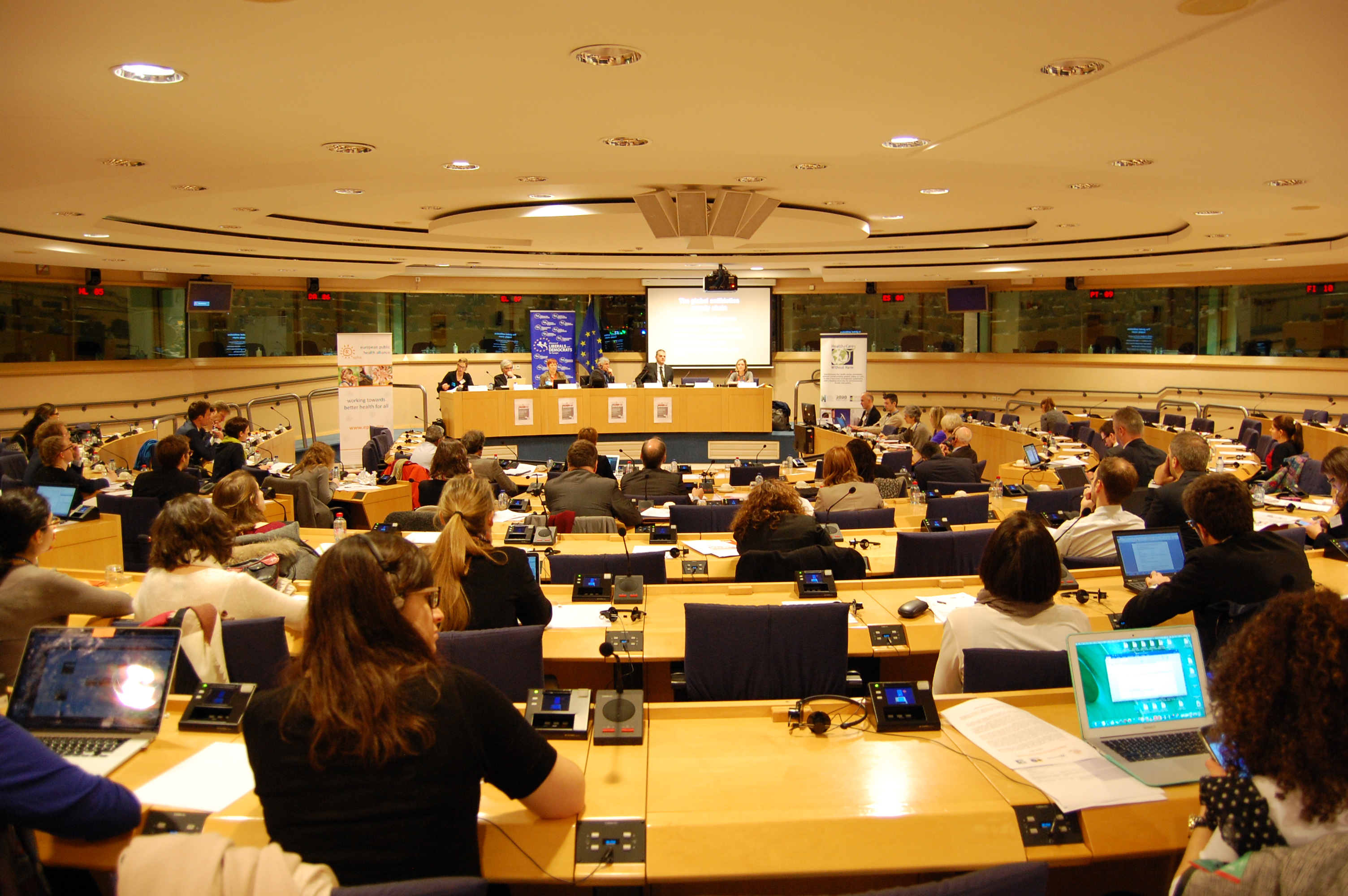 This is a problem that cannot be ignored any more and one which may have long-term impacts on environmental and public health. According to the World Health Organization, AMR is responsible for 25,000 deaths a year across the EU and already has an economic burden of 1.5 billion euro. A recent Review on Antimicrobial Resistance (commissioned by the British government) estimates that drug-resistant infections could kill an extra 10 million people across the world every year by 2050 – more than the total amount of people who already die each year of cancer (8.2 million) and diabetes (1.5 million) combined, and have a cumulative cost of $100 trillion - more than one and a half times the annual world GDP today. 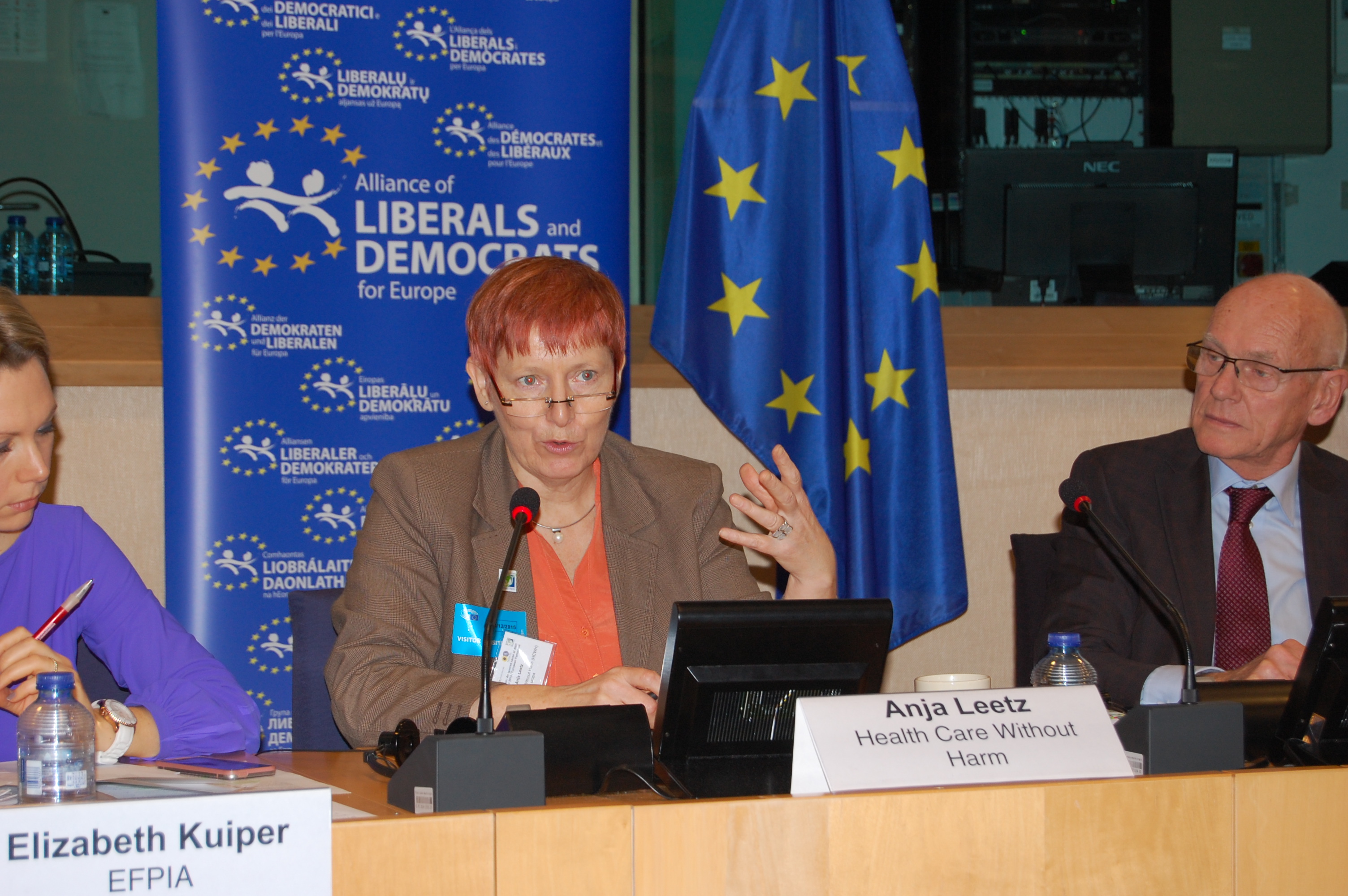 Speaking at the event last week, Health Care   Without Harm Executive Director Anja Leetz said: “Antibiotics need to be prescribed rationally so that they are still available when truly needed as a last resort in fighting illness for humans and animal husbandry. Only transparency and data will enable us to understand the full impact of antimicrobial resistance and apply risk reduction measures.”

She continued, “Policy makers and stakeholders need to make themselves aware not only of how many antibiotics are used, but where, when and by whom. The goal needs to be to control antibiotics throughout the life circle, during production, use and disposal to protect the environment and human health.” 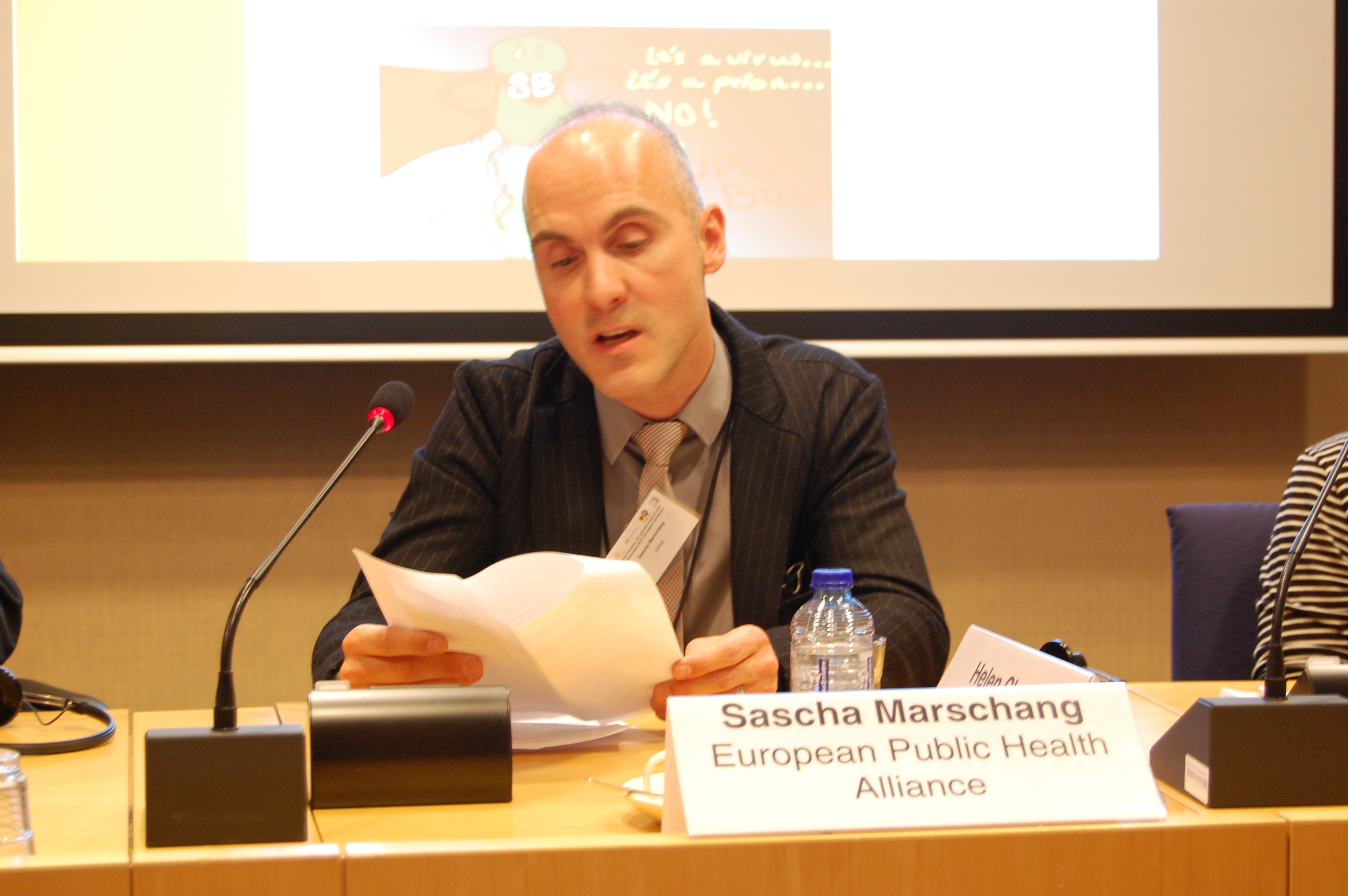 “The environmental dimension of AMR has been comparatively neglected in EU level debates, yet it is one of the main contributors to its global spread” stated EPHA policy manager Sascha Marschang. “Coherent policy responses must come from both legislation related to medicinal products and areas like industrial emissions, food, water, soil and other relevant environmental and chemical, and they must come fast.”

Pharmaceuticals in the Environment from Production:

Also speaking at the event was Natasha Hurley from Changing Markets, who co-authored the 2015 report, ‘Bad Medicine’, which shed light on the issue of pharmaceutical pollution at the production stage, showing that the release of antibiotic effluent into rivers and the environment is contributing to the rise of drug-resistant bacteria.Currently, the environmental impact of pharmaceutical pollution in the production stage outside of Europe is very poorly regulated and controlled.  By sourcing antibiotic Active Pharmaceutical Ingredients (APIs) from Chinese companies (who produce between 80-90% of antibiotic APIs), the pharmaceutical industry is playing an active role in fuelling the international AMR crisis. AMR is a global emergency, which requires a comprehensive approach, and which should oblige companies to take responsibility for their supply chains. 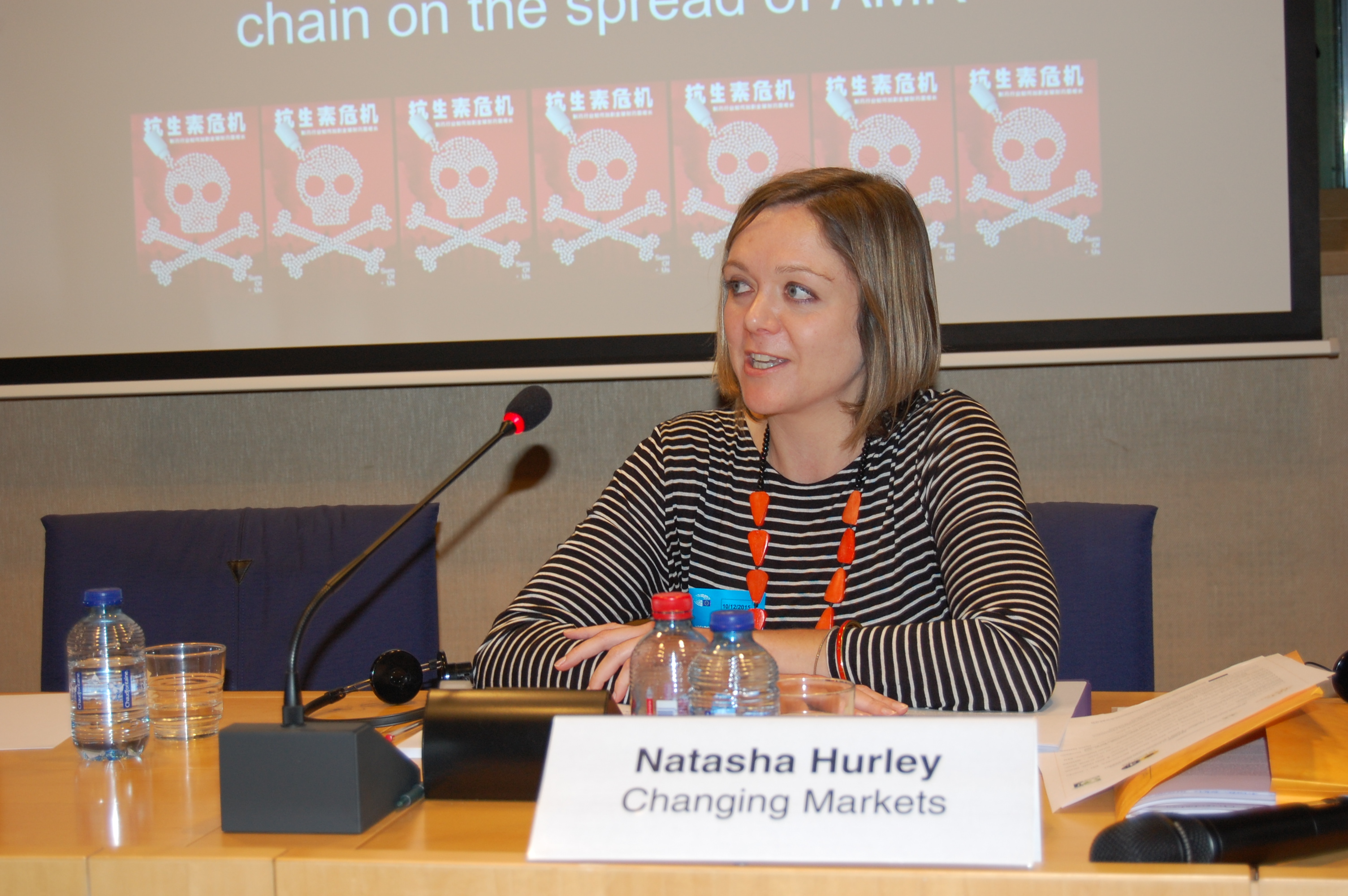 Pharmaceuticals in the Environment from Veterinary Use:

All over the world, animals bred for food are routinely given small doses of antibiotics even though they are healthy and show no signs of infection. The non-therapeutic use of antibiotics in livestock farming makes these animals grow faster, particularly in restricted living conditions, but has severe consequences for human and environmental health. The problem is that animals develop resistant bacteria, which can be passed on to humans directly (through the consumption of meat which is not handled or cooked properly) and indirectly (through the consumption of food crops grown with fertiliser or water containing animal faeces) and are also released into the environment. 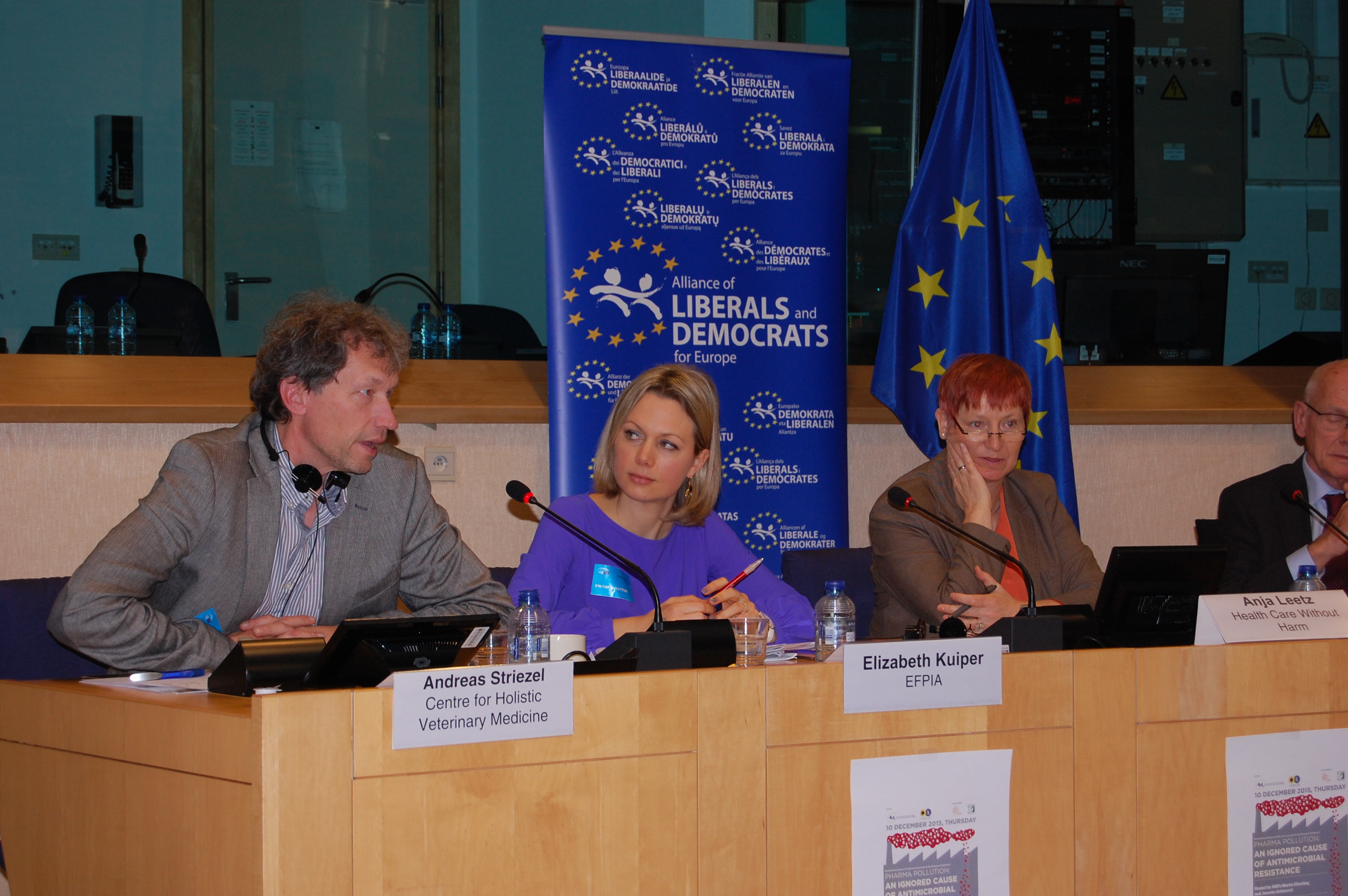 At the event, Andreas Striezel, chairperson of the Centre for Holistic Veterinary Medicine, strongly stated that benchmarking across the EU needs to be improved and developed and the free sale of antibiotics for animals needs to be prohibited in Europe. He also urged for more education and policies to ensure that the use of antibiotics in animal husbandry is reduced drastically.

If we continue to ignore the growing threats of AMR and pharmaceuticals in our environment, the evidence suggests that we are heading for a global environmental and health disaster of catastrophic proportions. 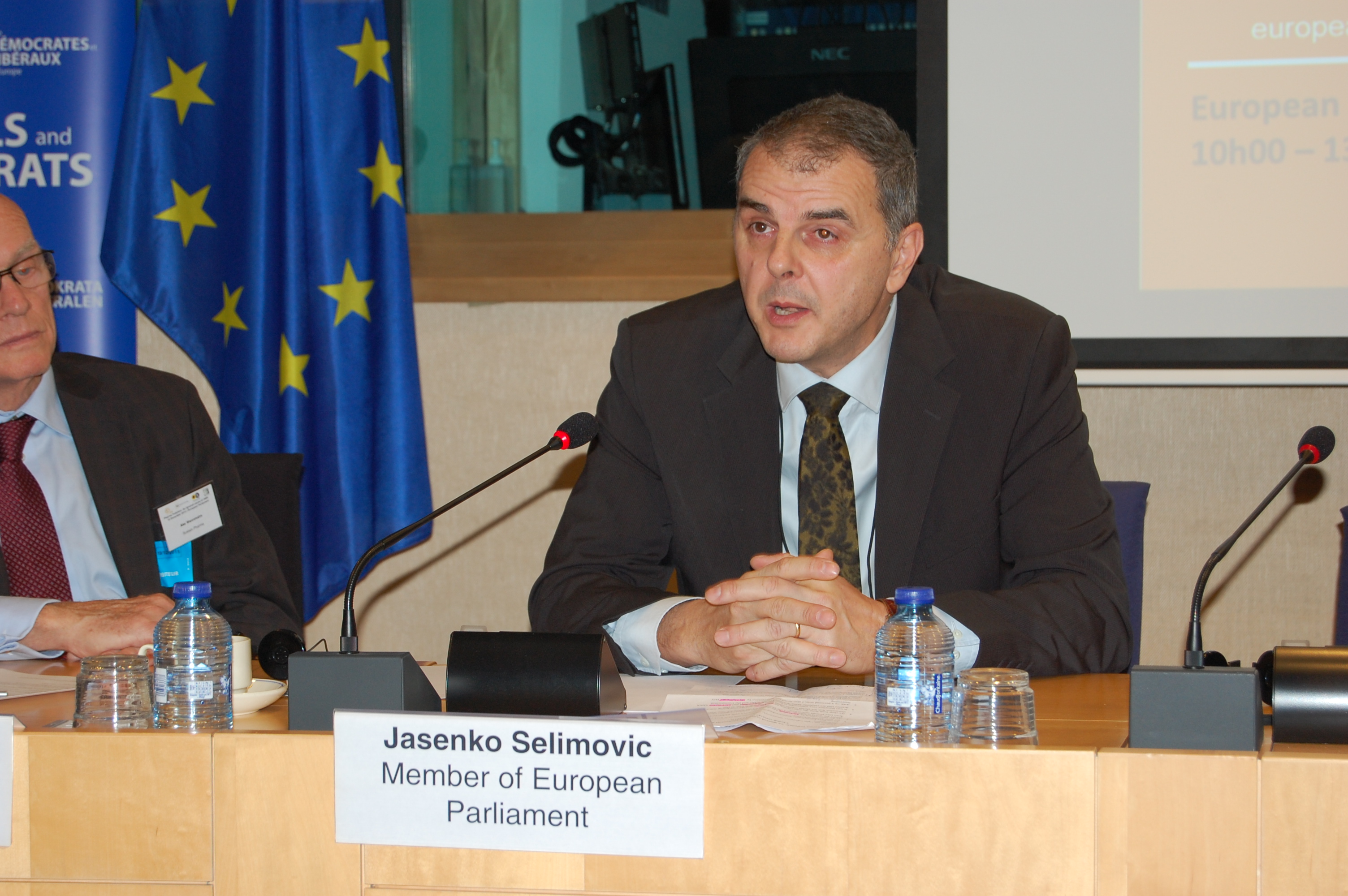 In his closing statement at the event, MEP Jasenko Selimović warned “we will not succeed because there is an obvious lack of interest”, particularly from the regulators, and urged stakeholders to shame and blame both member states and the commission in their lack of action in terms of developing action plans and policies to deal with AMR.