The report Bad Medicine by SumOfUs (based on research by Changing Markets and Profundo), shines a long overdue light on the issue of environmental pollution from the production of raw materials used to make pharmaceuticals and, in particular, antibiotics.

This report shows that the release of antibiotic effluent into rivers and the environment is contributing to the rise of drug-resistant bacteria.

While antimicrobial resistance (AMR) has been identified as one of the main risks to mankind by the WHO [2], and a global action plan was agreed upon in May 2015, very little attention has been drawn to the production of raw materials for pharmaceuticals, many of which are produced in China and India. China, for example, now produces 80-90 percent of antibiotic active pharmaceutical ingredients (APIs) [3]. 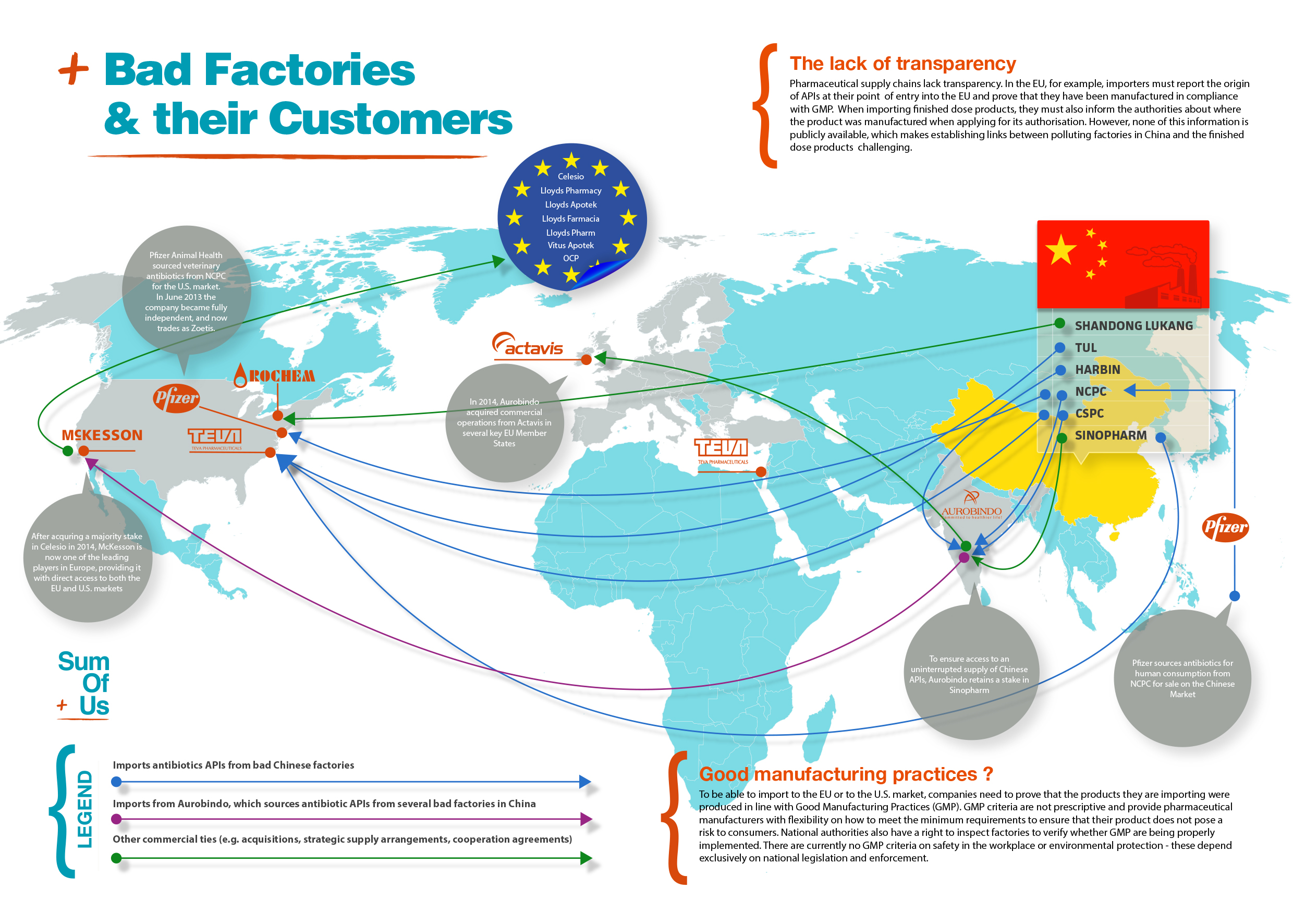 Currently, the environmental impact of pharmaceutical pollution in the production stage outside of Europe is very poorly regulated and controlled.  By sourcing APIs from Chinese companies (which do not respect environmental standards), the pharmaceutical industry is playing an active role in fuelling the international AMR crisis. AMR is a global emergency, which requires a comprehensive approach, and which should oblige companies to take responsibility for their supply chains.

It is time to clean up production facilities globally, to be transparent in environmental reporting and to allow third party inspection of facilities and processes. Good manufacturing practices need to include environmental criteria. Europe and the US should enforce greater transparency across the supply chain by requesting that pharmaceutical companies disclose the origin of their drugs.

HCWH Europe welcomes the findings of this report. We urgently need to tackle the challenges of antibiotic resistance, find new drugs to fight disease and reduce the overuse of antibiotics both for human and veterinary applications.