Imagine, if you can, that you’re a health professional in a war-torn or least developed country. Amidst political instability, raging war, and a long collapsed national health system you are trying desperately to respond to the health needs of thousands of wounded civilians. The majority of your health workforce has quit as they haven’t been paid in months, and your already reduced capacity is made even more difficult by lack of resources including medical supplies and the constant need to relocate care centres due to bombings.

Now imagine all this in a world that is 2°C warmer (or above) - freshwater resources are scarce, insecure food systems lead to widespread malnutrition, and your existing health challenges are further exacerbated by rising pandemic diseases. Difficult to imagine perhaps, but for the Red Cross & Red Crescent first responders worldwide this is a reality in the 21st century on the frontlines of humanitarian crises. 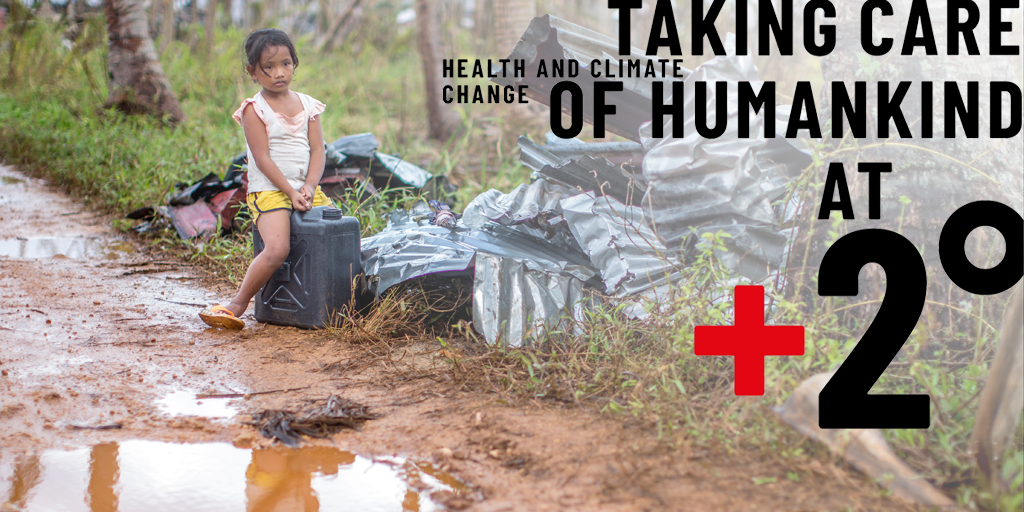 At a time when there is scientific consensus on anthropogenic climate change and fast-expanding civilian movements call for urgent climate action in the face of no political ambition - climate change continues to multiply the challenges faced by the humanitarian sector.

The global development community and the Red Cross are trying to address the health challenges exacerbated by the climate crisis. Red Cross and Red Crescent representatives and the global climate and health community came together in Cannes for the Conference on Climate and Health to prepare for these challenges and to rinternational  climate and health development strategies and measures. With over 100 years of responding to health challenges, the Red Cross conference focussed on those measures to be implemented on the ground.

In an overview of current knowledge on climate and health, both the WHO and The Lancet Countdown highlighted once again the links between low-carbon healthcare and resilient health systems and the need for healthcare to become torchbearers in both advocacy and providing climate-smart healthcare.

Given the role of Red Cross and Red Crescents as implementers on the field, the conference placed a strong emphasis on responses, serving  related to the combined effects of conflict and climate change, such as adapting to urban heat, migration, food insecurity and the mental health and psychosocial consequences.

Shorter term climate and energy strategies mark 2030 as an important deadline for reduced emissions intended to lead to fully decarbonised economies and industries by 2050. Science tells us, that the world has just over 10 years to limit the global temperature rise to 1.5°C. Since the landmark Paris Climate Agreement, almost five years have passed and emissions have only risen and many non-state actors - cities, regions,the private sector and several healthcare institutions worldwide are committed to demonstrating bold climate action in the face of insufficient political ambition. 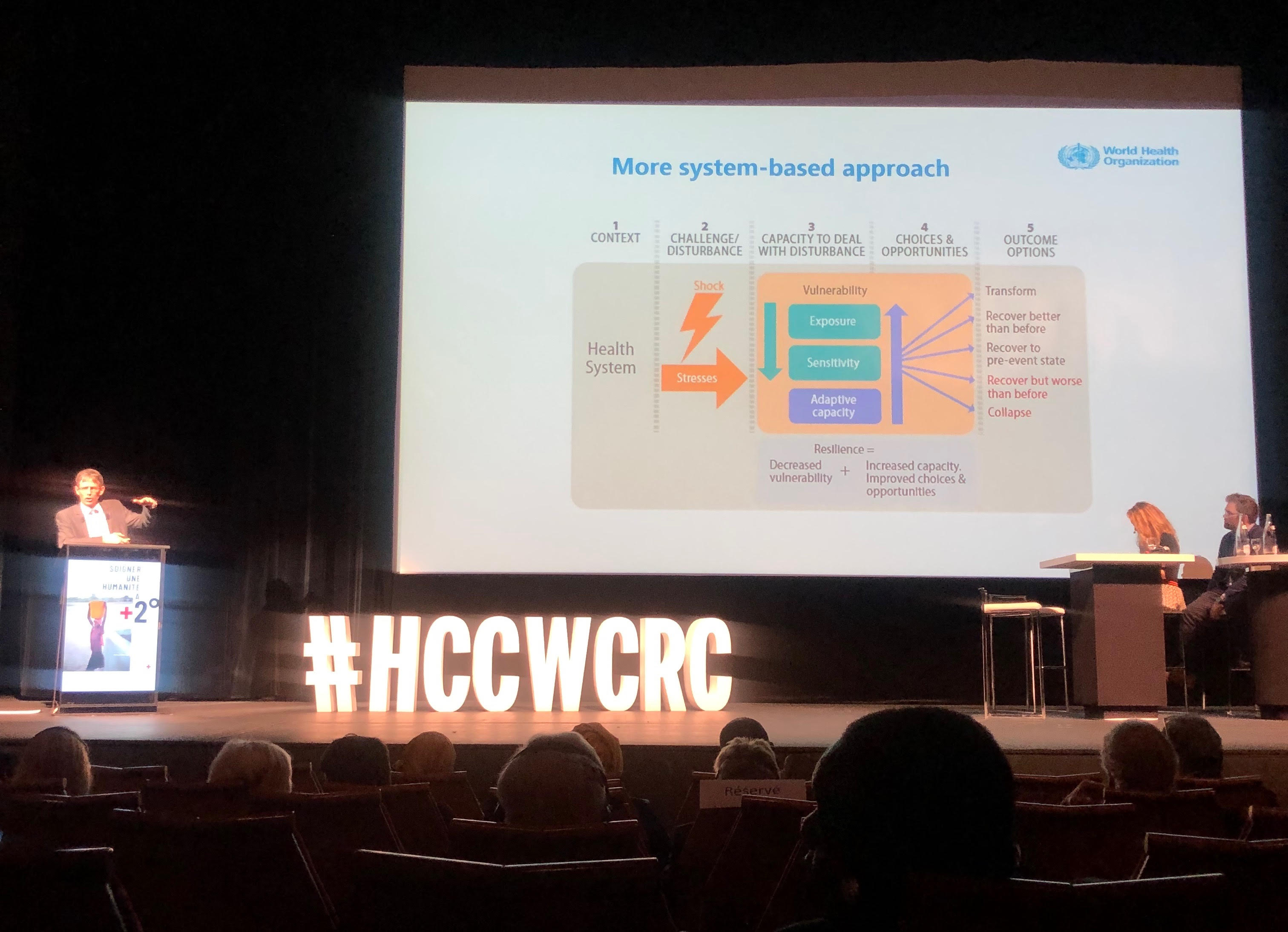 Health professionals must become compelling advocates for the protection of the health and wellbeing of all, especially those most vulnerable to climate change impacts, now and for generations to come.

During the meeting in Cannes, Health Care Without Harm along with a group of health organisations called upon the Red Cross and Red Crescent leaders to empower a movement of healthcare professionals, public health experts, and organisations to convince national leaders to double the global commitment to the Paris Agreement.

Establishing a simple, clear worldwide objective linked directly to the Paris Agreement with an exact deadline is imperative to increase the commitment levels for emissions reduction.

We urge leaders of all Red Cross and Red Crescent Societies, as well as the leaders of all other health organisations to endorse the Global Call to Action on Climate and Health. 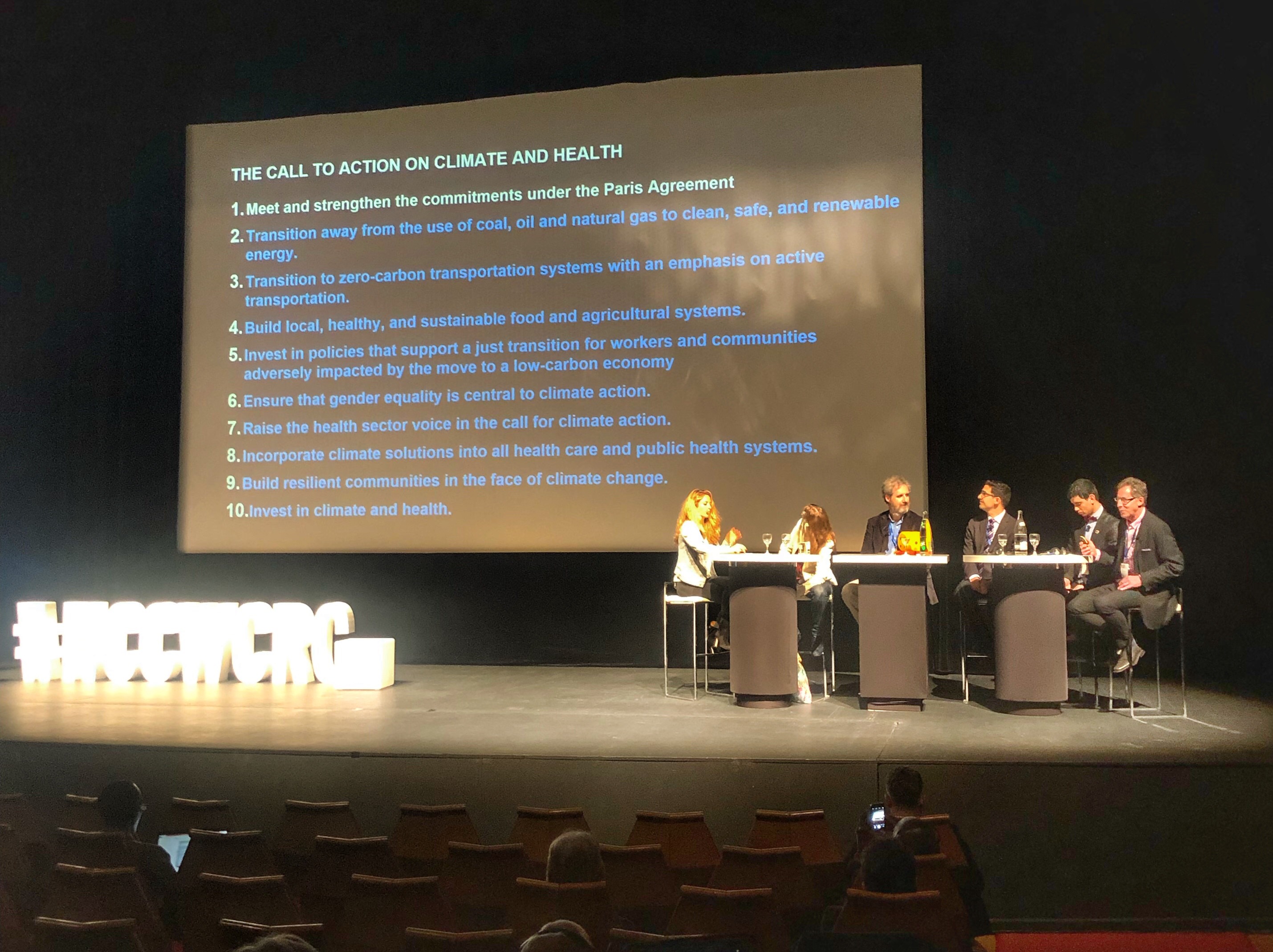 Edward Maibach presenting the ten priority areas of the Call to Action for Climate and Health.

Increasingly, evidence shows the links between anthropogenic climate change and human health as heavily polluting industries continue to grow, leaving a massive health burden behind. The latest State of Global Air/2019 report estimates that average life expectancy worldwide is approximately reduced by 20 months because of exposure to global air pollution. Making use of this evidence, health professionals are trusted advocates for the very thing that most people care about most, and is most threatened by climate change - their health and wellbeing, and that of their children and grandchildren.